How to clone Cinnabon - SunStar 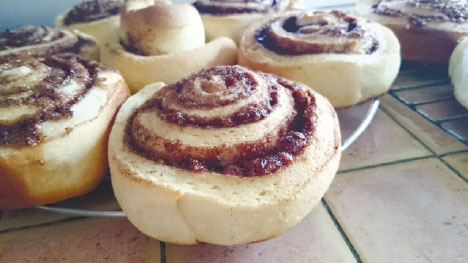 NOBODY can ever account for the mysteries of cinnamon. Throw a pinch in a bowl of pancake batter, and you’ve got the whole house smelling like a Yankee candle. Put it in a cake, a curry or even a soup. You will not find a wrong way to use this spice (short of inhaling it, but that’s only for the very brave), as it transforms your simple cooking into a kind of alchemy.

The highest form of cinnamon expression, in my opinion, is the cinnamon roll. That caramel, spicy twist of dough settles itself into your mouth and lingers long after you’ve taken that last bite. Eat it hot, with a smear of cream cheese, or in your pyjamas in the middle of the night. Never mind the guilt, nobody needs to know how many you can eat in a sitting.

I was lucky enough to have been given this recipe by a cousin. She works as a teacher in Canada, and she first made these on a snow day and she didn’t have work. She swears it’s an absolute clone of Cinnabon, the ubiquitous pasalubong from Manila.

Spend a lazy afternoon baking these, and I can attest that it will be time wonderfully spent. Enjoy your finished buns with a glass of cold milk, and congratulate yourself generously.

For the rolls, dissolve the yeast in the warm milk in a large bowl.
Add sugar, butter, salt, eggs, and flour to the bowl of a mixer and mix well.

Pour the milk/yeast mixture in the bowl and using the dough hook, mix well until well incorporated.

Place dough into an oiled bowl, cover and let rise in a warm place about 1 hour or until the dough has doubled in size.

Roll the dough out on a lightly floured surface, until it is approximately 16 inches long by 12 inches wide and 1/4 inch thick.Preheat oven to 180 degrees Celsius.

To make filling, combine the butter, brown sugar, margarine and cinnamon in a bowl.

Spread the butter first on the dough and then the brown sugar and cinnamon mixture.

Working carefully, from the long edge, roll the dough down to the bottom edge. My roll ended up being 18 inches in length, allowing me to cut each roll so that it’s 1½ inches in height.

Cut the dough into 1½ inch slices, and place in a lightly greased baking pan. You might find it easier if you use a piece of floss vs a knife.

Place them in a baking pan, Let them rise again for another 30 minutes until they double in size.

Bake for 20 minutes or until light golden brown. Cooking time can vary greatly!

While the rolls are baking make the icing but mixing all ingredients and beat well with an electric mixer until fluffy.

When the rolls are done, spread generously with icing. 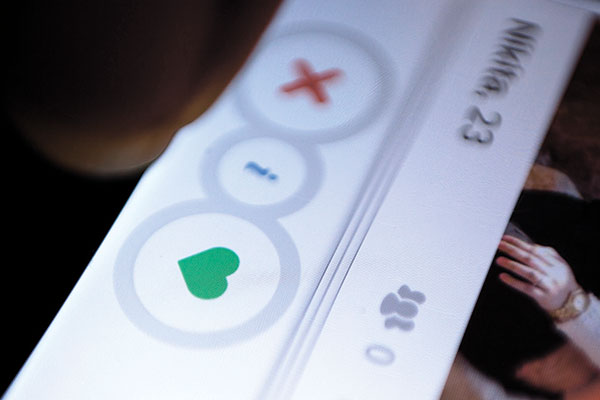 Tinder matches with Spotify to add music to dating app

Let there be apps for Lent