FORMER House Speaker Alan Peter Cayetano on Thursday, January 20, 2022, urged his fellow lawmakers to focus on crafting better policies addressing the worsening effects of the pandemic instead of prioritizing bills regulating habit-forming activities and substances such as e-cigarettes.

“Shouldn’t anything addictive like alcohol, cigarettes be the least of our priorities in the middle of the pandemic?” he added.

Cayetano’s statement came after the Congressional Bicameral Conference Committee of the House of Representatives and the Senate on Wednesday, January 19, reconciled the disagreeing provisions of Senate Bill 2239 and House Bill 9007, which seek to regulate the importation, manufacture, sale, packaging, distribution, use, and communication of vaporized nicotine and non-nicotine products.

Under the reconciled bill, the Department of Health would be tasked to prescribe guidelines on the implementation of smoking and vaping restriction awareness campaigns.

The Department of Trade and Industry (DTI), for its part, will be expected to consult with the Food and Drug Administration (FDA) in setting technical standards for the safety, consistency and quality of the vape products.

Cayetano said this is a cause for concern given the fact that it would be wiser to have the FDA assess these vape products not just as a mere consulting body of the DTI, but its main regulatory department.

House Deputy Speaker Rufus Rodriguez was cited by media as saying the bill offers an alternative for Filipinos who want to quit smoking, but Cayetano said Congress should craft measures promoting non-addictive alternatives that could replace smoking as e-cigarettes produce more harm than good.

Cayetano, who is eyeing for a Senate seat in the May 2022 elections on a faith-based and values-oriented leadership, has been vocal in his opposition to granting legislative franchises to e-sabong operations in the country, as well as to making e-cigarettes widely available to the vulnerable public, most especially the youth.

“I appeal to my fellow lawmakers, let us set our priorities straight,” Cayetano said.

The Bicam approval was reached after deliberations by the House contingent led by Deputy Speaker Weslie Gatchalian and the Senate panel headed by Senator Ralph Recto.

The bicameral panel report will be up for ratification by the Senate and House when sessions resume. 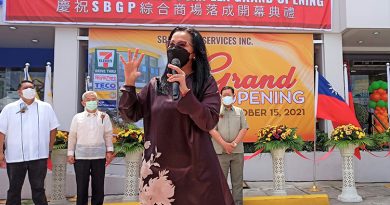 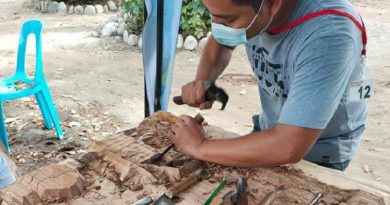