THE Visayan Electric Company was able to reenergize 27.9 percent of its affected customers and restored 71 percent of power line segments within its franchise area Sunday, January 2, 2022.

In its Facebook post, the power utility said 132,309 out of the 474,182 affected customers’ electricity have been restored and 386 out of the 544 power line segments were reestablished.

President and chief operations officer Raul Lucero said last Thursday, Dec. 30, 2021, that they are aiming to energize 30 percent of its franchise area, but he admitted that the rainy weather has affected their daily output.

The latest areas that were reenergized as of Jan. 2 were portions of Naga-Uling Road in the City of Naga and portions of Pagutlan Road in Liloan, northern Cebu.

Visayan Electric previously announced that 80 percent of its franchise area will be energized on Jan. 10 and the remaining 20 percent will be fully restored on Jan. 31. 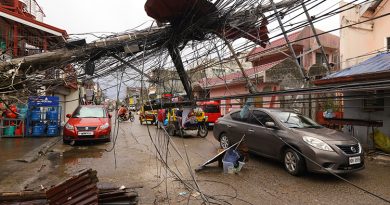