HOLLYWOOD history for the #MeToo movement, Karina Longworth’s “Seduction” is an astute and entertaining takedown of the movie industry, the press and the multimillionaire turned wannabe filmmaker Howard Hughes. Hardly anyone emerges from the pages of “Seduction” unblemished by selfishness and greed once they are touched by the movie business and its promise of wealth, power and fame. 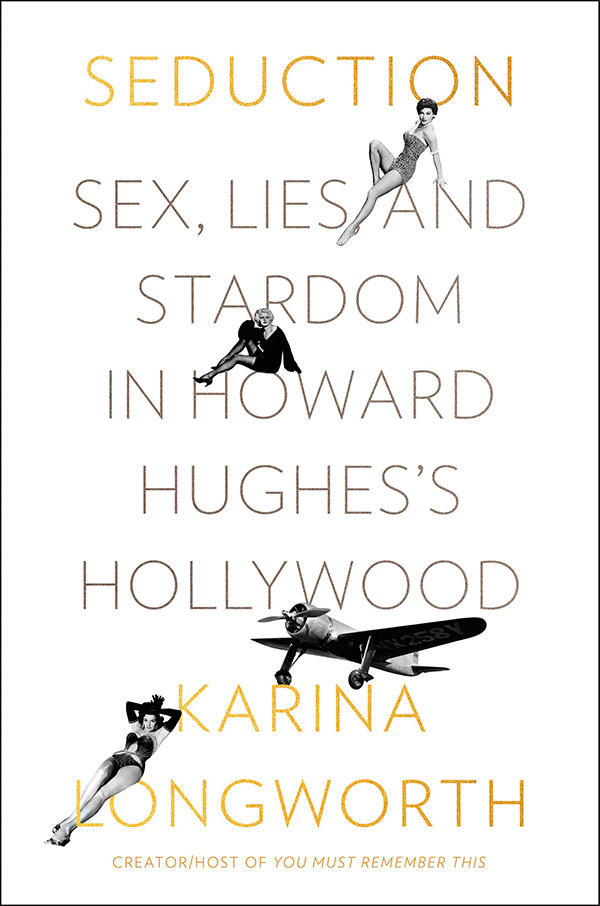 If that promise was kept, it was mainly for the benefit of men even though, as Longworth writes, women were integral to the rise of the movies. Her book recounts what happened to some of the many, many women who fell into the orbit of Hughes, for better and often for worse.

Howard Hughes is remembered today, more than four decades after his death, as a weirdly eccentric, incredibly wealthy man living in seclusion in the penthouse of a Las Vegas hotel. Or as the oddball character Leonardo DiCaprio played in 2004’s “The Aviator.” But for many years, mainly in the 1930s and 1940s, the press presented Hughes as a handsome if shy heir to an oil industry fortune, a creative maverick behind the camera, or an innovative and daring aviator — at times all three. The mental illness that appeared to gain on him as the years went by was hidden or downplayed as quirkiness.

The better story for readers and listeners in those years of economic depression and war was how practically every beautiful young actress was on Hughes’ arm at one time or another. That was certainly the image he sought to convey — and the public ate it up with the help of his publicists and a lazy, compliant and sometimes paid-off news media. In his day Hughes didn’t have to point and shout “fake news!” because he was too busy manufacturing it.

The women seduced by Hughes apparently bought the ballyhoo. After all, the only two movies he directed, “Hell’s Angels” and “The Outlaw,” were troubled productions, scorned by many critics and challenged to return their over-the-top costs even with good ticket sales. Most of the two dozen others that he had a hand in producing also showed poor judgment and oversight. Exceptions like 1932’s gangster classic “Scarface” are outweighed by numerous embarrassments on the order of “The Conqueror” (1956), which famously miscast John Wayne as a young Genghis Khan.

As Longworth makes clear, Hughes and so many other men in filmmaking used their clout to seduce women who wanted to make movies, too. Untold numbers of actresses were sold the idea that they, too, could become stars, an unrealistic expectation fostered by the press as well as the movie industry.

Hughes, who sought to control every aspect of his life, habitually put young actresses under personal contract with the promise of a shot at stardom. In some cases he promised marriage, even proposing to one woman while engaged to another and nightclubbing with a third. Whether they were already engaged or even married didn’t matter. His penchant for brunettes — Ava Gardner, Jane Russell, Yvonne De Carlo, Linda Darnell, Faith Domergue and Jean Peters, among others — could have stymied a witness at a police lineup. He did manage to find time for Jean Harlow, Marilyn Monroe and other blondes.

Soon enough, the women discovered there might not be more to a Hughes contract than a paycheck. Some never even met him. Often, he didn’t allow a “discovery” to work for years. Domergue, for example, was under contract to Hughes for seven years and appeared in just two films. Escaping him could require emotional stamina and no small amount of court action.

The mind games and sex games that permeated Hughes’ movie career help make “Seduction” an engaging read. But don’t let that overshadow Longworth’s real focus — not so much Hughes but what it was like to be a woman in Hollywood back then. The women were pretty, the times were not. And whether that much has changed for them remains debatable. (AP)

‘The Ex’ – A novel by Alafair Burke