‘The Fall of Moscow Station’ - A Novel by Mark Henshaw - Weekend 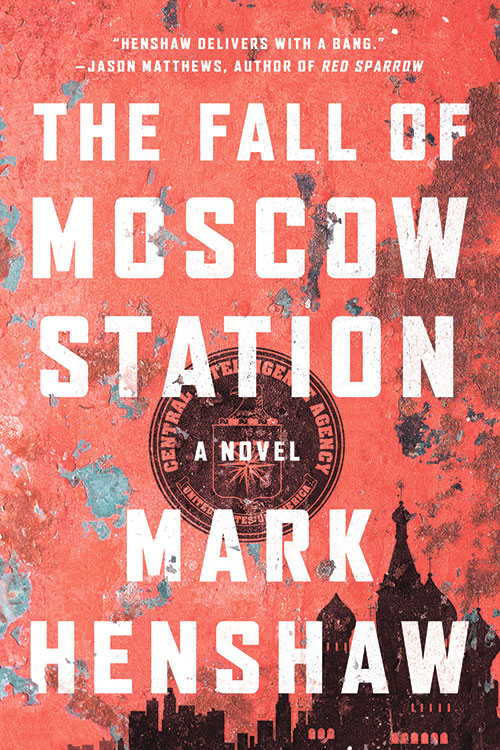 RUSSIA’S intelligence agency has learned the identities of all the CIA case officers in Moscow and, even worse, most if not all of the CIA’s spies in Russia. If you’re caught as a spy in Russia, execution usually follows.

This potential debacle is envisioned in Mark Henshaw’s new novel, “The Fall of Moscow Station,” a thriller that deftly describes the wilderness of mirrors that is the world of spying, with intelligence agencies second-guessing their opponents’ actions and motives while constantly trying to trick each other.

Henshaw, a former CIA analyst, also salts his book with examples of tradecraft practiced by case officers to keep themselves and, more importantly, the spies they are handling safe. Readers get to see the protagonist make napalm from household items, using it to destroy a building. Do not try this at home.

CIA officer Kyra Stryker, an action-hero name if there ever was one, tries to save the day after one of her former bosses, Alden Maines, decides to start selling the agency’s secrets to the Russians. She encounters him in Berlin and gets the chance to beat him up, an opportunity she takes full advantage of. Then it’s off to Moscow for her, under the radar.

Opposing her is a Russian intelligence chief, Arkady Lavrov, who is also selling weapons on the sly to other countries. He also longs for the era when there were two superpowers, telling Stryker that back then the main enemy was clearly defined and the world was more stable because of it, with countries falling in line with either Washington or Moscow.

The rocket-fueled pace of “The Fall of Moscow Station” leaves little room for character development. It is the third in a series, and fill-ins of backstories can sometimes feel incomplete. The conversion of Maines from an admirable, street-wise spook to traitor seems abrupt and superficially explained.

“The Fall of Moscow Station” sometimes delves into real-life history, though not always accurately.

It tells of Aldrich Ames, a CIA officer who began identifying the agency’s spies in the mid-1980s to the Soviet Union. The novel says the CIA soon discovered Ames’ treason because he had given up the names of every CIA mole he knew of, to prevent them from alerting the CIA that he was spying for the KGB. The KGB soon executed all those spies, making the CIA realize what had happened and quickly nailing Ames. In reality, Ames sold the agency’s secrets for years, with his arrest not coming until 1994.

(Aldrich Ames and Alden Maines share similar names and, ultimately, more than that.)

“The Fall of Moscow Station” has enough action and plot twists to keep the reader engaged right until the end. (AP)

‘Moonglow: a Novel’ – A novel by Michael Chabon