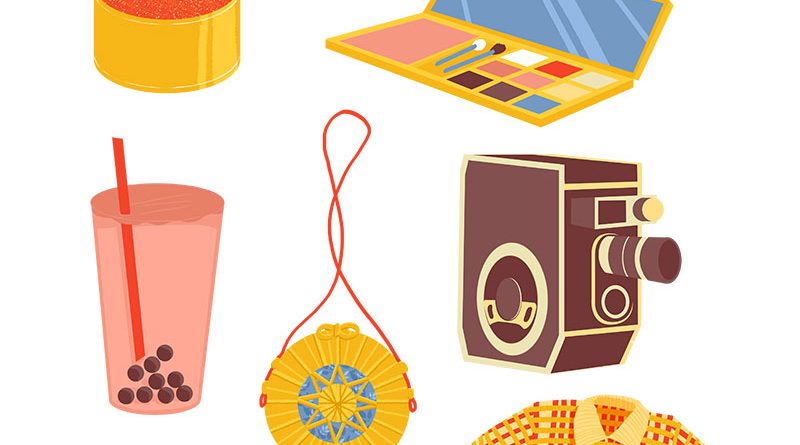 THE epic year of 2018 went by so swiftly and we’re down to the last month before calling it a year. But what made this year so unforgettable are trends to look back on, some of which caught us by surprise. Here are 18 trends that helped define the fascinating year that was 2018:

Whether you are going to an event or you just can’t leave the house without putting on your favorite lip paint, nude shade lipsticks can never go out of style especially if your aiming for the classic posh look. It comes in mixtures of beige, soft pink and light brown. Nude shades seem to give the illusion of not putting on too much make-up but still slaying that elegant look. It is safe to say that it is a play-safe lip color, but in a classic and chic tone.

Rattan bags became popular in South-East Asia especially in Indonesia and the Philippines, tropical countries popular among tourists. If you’re a beach bum, you definitely went with this craze and carried one around. This piece will complete any summer or beach-inspired outfit.

Putting on a pair of sunglasses is a lowkey way to step up your look. It makes us look more fashion savvy without having to stress about what fashion accessory to put on. Aside from that, it protects our eyes from sun damage. Cat eye sunglasses with a vintage touch became popular this 2018. It’s a classic reincarnation of those fashion accessory statements that were popularized by famous actresses of yesteryears sucha as Marilyn Monroe and Audrey Hepburn. The cat-eye shape flatters the face and gives that instant celebrity classic look.

What made these chocolate cakes draw enormous attention is the name it brings: dreamy. Short videos of dream cake recipes with its moist fudgy core became viral online and we couldn’t help but stare at our phone screens and weaken in desperate cries for a slice, if not, make a swift run to the kitchen to put on our aprons. Perhaps it’s the total chocolate goodness that we have all been waiting for that made it look and taste so dreamy.

Stripes are a fashion cult. They’re present in all types of fashion pieces and accessories, which are then paired with a plain compliment such as a pair of pants or a plain shirt. And then came 2018 with vertical stripes. The year taught us to kick the usual horizontal stripes in favor of vertical ones. Vertical-striped polos became popular among men. Because of how they’re are arranged, the stripes give a willowy illusion and make the eye focus on the details of the shirt.

If you’re on Facebook right now, there’s no way you could avoid memes. These hilarious but often thought-provoking internet finds never fail to induce a frown or draw a chuckle. Memes have existed ever since the internet’s early beginnings, but what made this year different when it comes to memes is the endless creativity and productivity of meme lords out to memefy just about anything, from classic paintings, sculptures, movie characters to celebrities such as Ariana Grande, Taylor Swift and Drake.

While flipping your crowning glory with trendy hair colors were popular among ladies for as long as we can remember, hair color experts gave a trendy twist with the color ash.

Matte and full-faced makeup is so 2017. Instead, Spring Summer makeup look became the trend for makeup lovers this year. It incorporates the natural makeup base look while splashing some color to the eyes and lips. This is similar to the peachy glow look but with the use of darker tones. This means that girls this year invested on pretty eyeshadow palettes, highlighters and posh lipsticks.

Probably the most fast-rising music genre in this generation is Korean Pop Music or K-pop. K-pop bands such as BTS, Blackpink, Ikon, and Twice are just among the many bands that have gained international stardom, even slowly penetrating the US music award charts like the Billboard Music Awards. Most of us are not native Korean speakers and it’s difficult for us to understand the lyrics of these songs, but what we love about K-pop is the incorporation of English phrases that we sing along to. Other than that, their dance moves are the bomb!

Milk tea is not just an ordinary sweet drink. It’s an addiction so popular that not even the person you’re talkng to right now could resist. Milk teas became popular in Taiwan in the 80s and were first served as hot drinks. Now, we all like it cold and with pearls with a wide variety of flavors to choose from. Aren’t you drooling for your next milk tea order?

Whether you’re out there lining up to watch the premiere of a movie or sitting in your room with a box of fries in front of the television, watching movies has always been a favorite way to unwind. In 2018, though, a mind-boggling number of movies from across different genres became worldwide blockbus-ters and made the headlines in international media. Among these blockbuster movies were Crazy Rich Asians, To All the Boys I’ve Loved Before, Avengers: Infinity War, Black Panther, Hereditary, Deadpool 2, Incredibles 2, Jurassic World, and A Star Is Born.

It was also the year for sneakerheads this year with a number of 90’s-design kicks having been released this year. Perhaps what made these kicks so popular is its vintage appeal to the audience. Examples of these knicks with a classic and unique appeal are the Nike Airmax 98 “Gundam,” Fila Disruptor, Adidas Originals Yung 1, and the Dior Homme B22.

Cameras used to be very expensive in the past, but thanks to smartphones, photography became a whole lot easier and accessible. Now, anyone can be their own amateur hobby photographer. Anything vintage is a trend this year, no wonder the 8mm vintage photography app became a hit because of its instant vintage effect, a unique filter that gives the illusion of a 1900’s camera. It’s free, so you wouldn’t want to miss it!

The popularity of Drake strikes again in this hype dance challenge, which came from his song that went viral online: “In my Feelings.” People who participated in this dance challenge were often seen getting down from a car and dancing to the beat of the song. Were you one of those who did this? The challenge eventually drew a backlash over traffic safety concerns.

We couldn’t quite describe how hilarious this dance is. A dance craze with the background music from BlocBoy JB’s “Shoot,” it involves kicking with one foot while hopping with the other, all the while shaking a fist using the elbow. Adults and kids alike danced to the beat of this dance craze.

Ear dangles always add charisma to one’s look. These ear jewelries have become a fashion staple and come in different sizes and forms. Tiny studs and small stones like pearls have always been the norm, but in 2018, it was time for statement earrings to shine. These ear dangles come in a variety of sizes, colors and designs. Some love to wear statment earrings layered until they reach just a little above the shoulders. What’s good about statement earrings is that you can match these on different occasions that you find yourself in.

Who doesn’t love a small bag that you do not need to carry with your bare hands? This is the comfort of having a belt bag, plus, it can look quite stylish, too. Belt bags were popularized by Supreme, a street style brand.

The gingham print was a trend from way back in the 80’s and made a comeback this year. The print comes in a wide selection of colors. The print accentuates your curves and will make it look like it fits perfectly. You can never go wrong with this classic print. 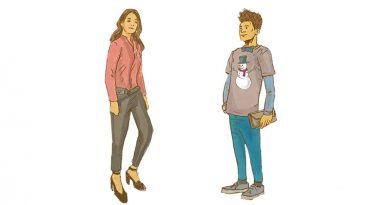 A holiday look for him and her 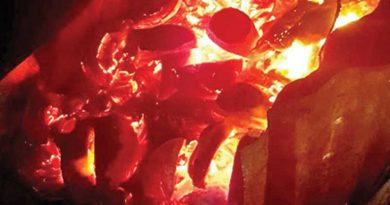