APPEARANCES sometimes are not just deceiving but can hide fissures so deep and fractured that tragedy can seem a surprise when it occurs. Michelle Sacks richly explores marriage and parenting — and the illusions that some couples present to the world — in her riveting debut, “You Were Made for This.” 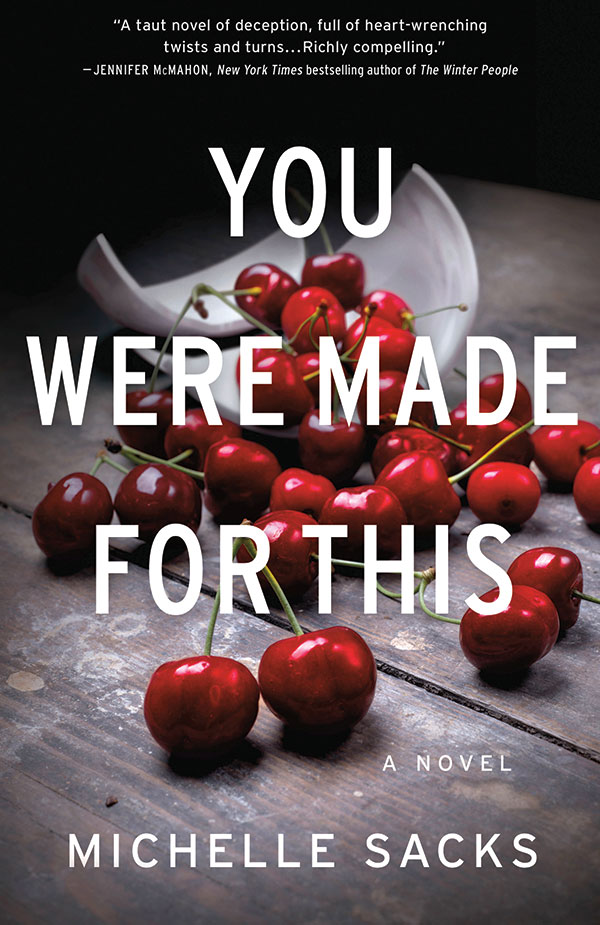 To outsiders, Merry and Sam Hurley seem to have settled into an idyllic life in rural Sweden. The Hurleys thrive on being together almost constantly — “an island of three” — doting on their 8-month-old baby, Conor. Merry has embraced cooking, canning fruits and vegetables from her own garden, and spending precious time with Conor. Sam has regenerated his career filming documentaries and commercials. They insist that they don’t miss the chaos of New York City where he was an anthropology professor at Columbia University and Merry was a sought-after set designer.

But all that is a charade, like one of Merry’s intricate sets. Sam forced Merry to move to Sweden where he had inherited a near dilapidated house from his stepmother. Merry doesn’t know that Sam was fired from his job, nor that his work in Sweden is nonexistent. In private, Sam doesn’t miss a chance to deride his wife, her former career or her appearance. He condescendingly praises her domestic duties by telling her “you were made for this.” Merry chafes at Sam’s control, but does little to help herself. Worst of all, Merry cares nothing for Conor, will let him cry for hours and stay in a dirty diaper when she’s by herself.

Then Frank, Merry’s best friend since they were girls and also worst enemy, comes for a prolonged visit, upsetting the house of cards. Frank knows that Merry has a life-long habit of deception, and she sets about manipulating Merry and Sam, and bonding with Conor. The tragedy that follows is devastating, and unpredictable.

Each character proves to be an unreliable narrator in “You Were Made for This,” and Sacks excels at making Sam, Merry and Frank both the heroes/heroines and the villains. Each alternately elicits sympathy from the reader and then disgust. These are people who inflict a “different kind of violence” on each other — with “words and silences,” how “the deft salting of the wounds you know cut the deepest.”

Sacks, author of the short story collection “Stone Baby” delivers a brilliant, unflinching look at a household under siege from itself. (AP)

‘The Inkblots: Hermann Rorschach, His Iconic Test, and the Power of Seeing’

Terry McMillan does it again with new novel

‘The Poser’ – A novel by Jacob Rubin