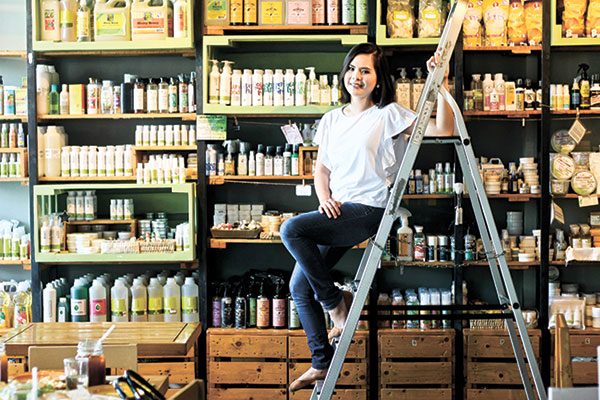 OURS is a bountiful country. Even while occupying such a small part of the world, we have so much to offer. Meyan Young has held on to that belief that what the Filipino can produce is world class. And being a business owner, she holds steadfast to this belief and hopes that the rest of our population takes Filipino pride as seriously as she does.

Meyan is one of the owners of Echostore, a sustainable lifestyle concept that focuses on products that are good for you, for the environment, and for the producers. They sell 100 percent local products and about 95 percent of the time, these products come from small to medium enterprises.

Meyan says Echostore just fell into her lap. On a trip to Manila, she and her friend, Chip Lopez, were roaming around The Fort. Chip told her about a really unique local store and suggested that she should bring it home to Cebu. “But I just dismissed it,” she said.

A few months later, they had lunch as a family one day and they had some visitors. Oddly enough, the guests were the founders of Echostore, the store that Chip found a few months back. Meyan took it as a sign. “It just felt right and seemed like a good time to bring something like Echostore to Cebu. It sounded simpler then. It was a store and a café. It sounded really simple, but it was so much more than that,” she said.

Echostore is a haven for all-natural and artisanal local products, but what you see on the shelves and on the menu is just the tip of the iceberg. What made Meyan fall in love with the business was that they get to help so many people.

Most of the time, the products Echostore holds are either heirloom recipes or family or community traditions that are in dire need of a market. Echostore became that bridge toward the consumers. They practice fair trade, so everyone — from the sellers to the producers and the consumers — are well benefited by the business, creating a win-win for all parties. “It’s a really special concept that makes us who we are. And it’s a good reason to do business,” she said.

Not only do they discover these unique products but they also help out the suppliers in terms of costing, branding and among others to help them gain the right amount of profit from their hard work. It’s fulfilling for Meyan to be able to help struggling business owners as well as promote Filipino-made products.

One of their most recent discoveries are the coconut wraps. These wraps — which are vegan substitutes to tortilla wraps and among many different kinds of uses — are locally made but 100 percent for export only. “When I found the supplier, I really convinced them to sell it locally because I don’t understand why it wasn’t sold here. It’s a shame that we don’t know about this very local product,” Meyan said.

It hurt Meyan how we are so ignorant about our local products when it is celebrated elsewhere. In fact, a lot of people who come to their store couldn’t believe that their products originated in the Philippines.

“It’s unbelievable because all our lives, we believed nga bati’g nawong ug baratohon kung Pinoy. If Philippine-made, it should be sold cheap,” she said. “It’s such a shame and we need to change that. We should start embracing us, embracing our market and our products.”

Meyan wants to showcase the Philippine entrepreneurs, especially the entrepreneurial poor because this is primarily for their future. “It’s nice that we get to be part of the education. The education doesn’t stop at knowing that a product is organic or artisanal. These are Filipino products that not a lot has seen before or knew existed. We want to showcase that,” she said.

Since Echostore takes pride in making slow food — the opposite of fast food — and Chip is a plant-based chef, it seemed like a good idea for them to form the partnership.

“Both sides are covered since we know where to get the right ingredients and Chip puts them together, plus we have a kitchen where we could make it. It just made sense,” she said. “Plus, we get to show people that there’s so much that can be done with vegetables.”

Even with a lot on her plate, Meyan is thriving. She found a good use of her entrepreneurial skills, and she continues to help many people through her knowledge. It has become a passion, and slowly and surely, with a little help from friends, she is making a difference. 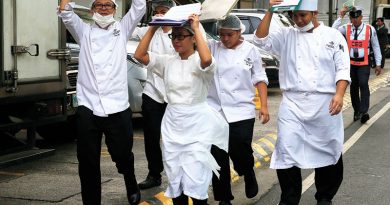 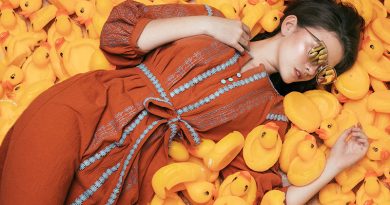 A Stylish Summer with Lotus 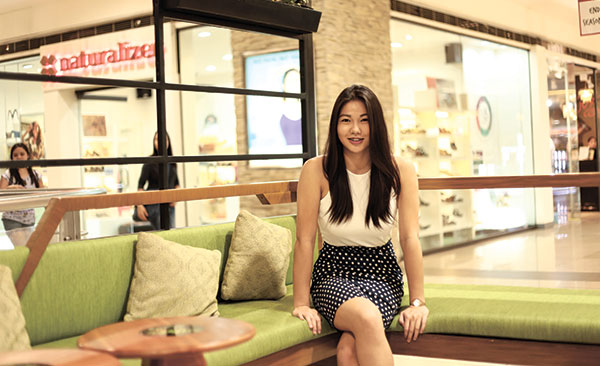 A drink to freshness