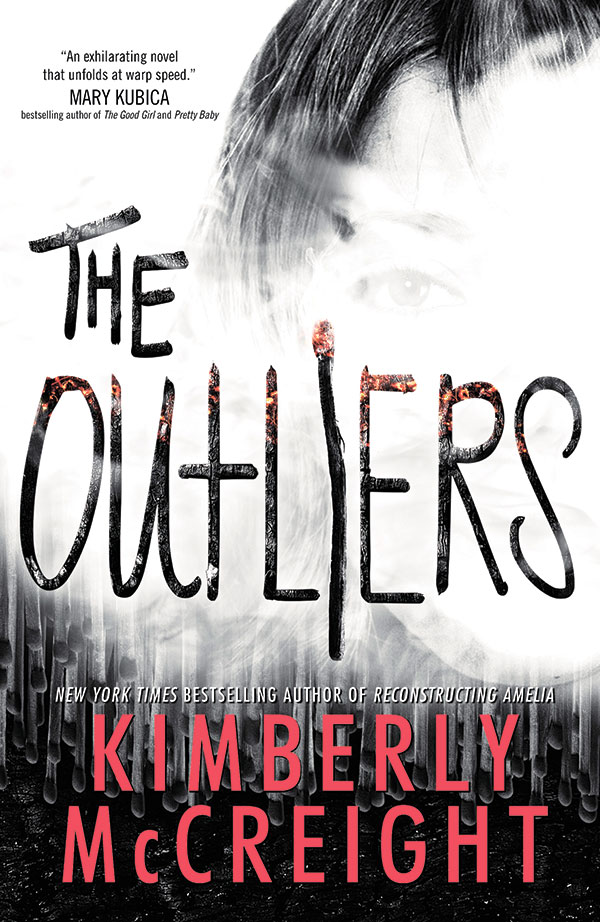 “The Outliers” (HarperCollins), by Kimberly McCreight

AT A breakneck pace, “The Outliers” grabs and doesn’t let go.

If Kimberly McCreight’s new novel points to the future of young adult fiction, it’s not just for kids anymore.

“The Outliers” features the tough, but realistically flawed teenager Wylie, who’s struggling since the death of her mom, and Ben, her scientist dad, who is dedicated perhaps a bit too much to the study of emotional intelligence.

The novel begins with a desperate plea for help from Cassie, Wylie’s estranged best friend who abandoned her for boys and booze. Wylie is forced to team up with Jasper, Cassie’s popular, pretty-boy boyfriend to find her. And so it begins. Barely 70 pages in, the lightning-fast pace grabs readers and doesn’t let go.

The search for Cassie takes the pair into the wilds of Maine where they encounter unsavory cops, a seemingly harmless couple with an infant and Ben’s former research assistant. But no one is who they seem, and despite the numerous twists and turns, the plot never feels forced. Even when “The Outliers” veers off into the supernatural, McCreight has done such a capable job grounding her characters in reality, it’s easy to suspend disbelief and simply try to keep up. (AP)