‘The Road to Little Dribbling’ - SunStar 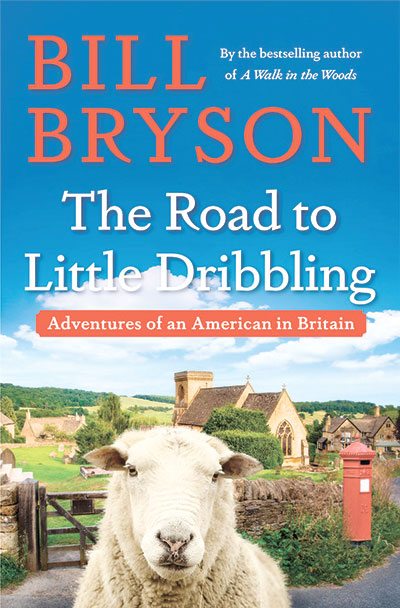 BILL Bryson has pulled off quite a trick in his decades of travel writing. With every book, he manages to make readers wish they could go for a walk with him, while he secretly wants nothing more than to be left alone.

“The Road to Little Dribbling” finds Bryson in his adopted Britain, revisiting some of the places he wrote about more than 20 years ago in “Notes From a Small Island” and discovering new features of “the world’s largest park, its most perfect accidental garden.”

There seem to be two Brysons on the journey — call them Angry Man Bryson and the other Grandpa Bryson. Angry Man sometimes distracts from the narrative, ranting against “young men with gel in their hair,” but then Grandpa surfaces to enjoy an “excellent cup of coffee with a free small biscuit” in Ironbridge.

Bryson writes throughout about how remarkable Britain is — if you tried to visit all the medieval churches, at the rate of one a week, it would take you 308 years, for example — but also spends lots of pages railing against the ways the country is becoming like everywhere else — from train passengers gabbing on cellphones to the disappearance of fishmongers and independent bookstores.

What makes the book an ultimately enjoyable way to pass a few hours is Bryson’s omnipresent sense of humor. The guy just sees the absurd in everything and has a knack for communicating it in words.

Consider this passage as he observes Japanese tourists admiring Jane Austen’s cottage, then go buy the book and read the rest for plenty more:

“The prize item of the house is Jane’s small round writing table. … A group of Japanese were gathered around it now, discussing it in low, reverential whispers, which is something I find the Japanese do exceptionally well. Nobody gets more out of a few low grunts and vowel sounds stretched out and spoken as if in surprise or consternation. They can carry on the most complex conversations, covering the full range of human emotions … in a tone that sounds awfully like someone trying to have an orgasm quietly.” (AP)