‘The Witch of Painted Sorrows,’ - A Novel by M.J. Rose - SunStar 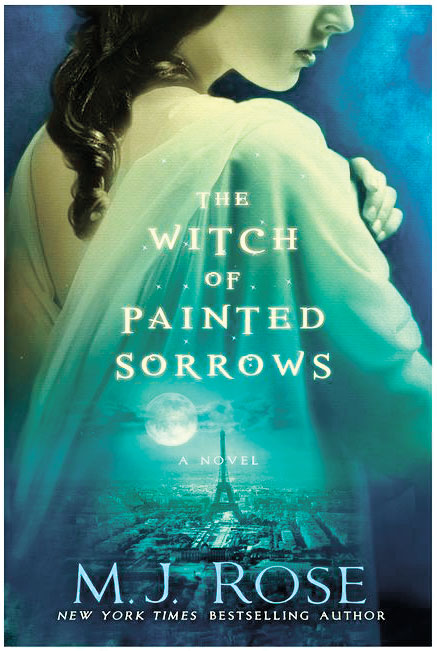 M.J. Rose writes compelling tales with a gothic flair, and her latest novel, “The Witch of Painted Sorrows,” is her most heartfelt yet.

Paris in 1894 is a vastly different society than what is experienced in today’s modern world. Sandrine Salome flees from New York City to Paris to escape an abusive and manipulative husband. She hopes that she can find refuge with her grandmother, but finds the mansion she grew up in is locked — and her relative nowhere to be found.

Sandrine finds her grandmother living elsewhere, and is told to never return to the old house. She is drawn back, however, when she learns that the house is being renovated. The architect in charge is the captivating Julien Duplessi, and he seems smitten with Sandrine. An exploration of the enormous mansion reveals a secret room filled with both finished and unfinished paintings by an artist named La Lune. Sandrine asks her grandmother, who becomes furious at the questions and upset that Sandrine didn’t stay away from the house. Sandrine, once terrified, grows bold, and starts harboring secrets from her grandmother by continuing to visit the house and Julien, as she begins to fall in love. Their growing romance must stay hidden because she’s a married woman, and her husband will stop at nothing to find her.

Rose weaves a tale that transports the reader back in time to a place where passion was considered inappropriate, but difficult to live without. As Sandrine obsesses over the paintings and artist she has discovered, that drive also compels her to become an independent woman.

Rose has a talent for compelling writing, and this time she has outdone herself. Fear, desire, lust and raw emotion ooze off the page. (AP)

Five Types of Carolers In Your Neighborhood

‘After On: a Novel of Silicon Valley’ (Del Rey)

‘Inspector of the Dead’ – A novel by David Morrell