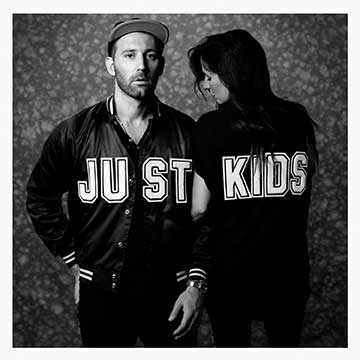 THE new year has begun and you’re already anticipating upcoming albums from Bruno Mars, Rihanna and Kanye West. But hold your horses — here’s a look at worthy albums released in 2015 you probably overlooked.

Music journalists around the world know the anguish of coming up with year-end lists: What did you love in February? What about March? There is so much music being released today — and various ways to consume it — that missing or forgetting about an album or song isn’t so hard to do.

That’s what happened with “Just Kids,” the fifth effort from Oregon-born singer-songwriter Mat Kearney. Released in February 2015, the album is a masterful and honest adventure that offers a mix of pop, alternative and hip-hop sounds. Kearney’s voice isn’t heavy or loud, but it is commanding, and his lyrics are both relatable and powerful.

The title track is reflective, while “Heartbeat,” ‘’Billion” and “One Black Sheep” are radio-ready anthems. And the album’s opening track, “Heartbreak Dreamer,” closes with a moving two-minute poem that sums up the album’s greatness.

Between her songbird vocals and famous last name, more people should be buzzing about singer Alex Isley. Daughter of The Isley Brothers’ Ernie Isley, Alex — who studied jazz at UCLA — is a serious artist in her own right, writing and producing her irresistible third set, “Luxury.”

She does soul in her own way, opening the album with lush orchestral strings that set the tone for a collection of euphoric, spacey tracks that contrast and complement the singer’s warm vocals. “Nothing like freedom, in the palm of my hand.,” Isley sings over the echoing “Grown (Interlude).”

The airy “Loss for Words” is a melodic trip through the clouds, “It’s You” is an infectiously upbeat and funky gem, while “Inevitable” melds Isley’s vocals into a delicious harmony. From intro to outro, “Luxury” is as rich in sound and substance as the title implies. (Melanie J. Sims/AP)

2015 was a great year for soul revivalists with breakout albums from young musicians revitalizing the classic sounds that originated from Memphis, Detroit and Muscle Shoals, Alabama.

Anderson East’s “Delilah” is one of those top-notch retro albums that transport the listener back to another era with brassy horns, delicate organs and funky beats. Grammy-nominated producer Dave Cobb, who knows how to bring out the best in great talent like Jason Isbell and Chris Stapleton, signed East as the first artist on his record imprint, Low Country Sound.

The Athens, Alabama-native brought his songwriter lyrics, a gospel upbringing and a raspy wail to Cobb, who paired him up with country and Southern blues instrumentation.

The album’s standout track is “Satisfy Me,” a Wilson Pickett-inspired groove that burns up the record player when he howls that he’s “got a Ph.D. in T-L-C.” He growls out a great version of “Find ‘Em, Fool ‘Em and Forget ‘Em,” a lost George Jackson tune that he and Cobb dug out of the archives at FAME studio.

But he really gets creative when he slows down and minimizes the instruments on “What a Woman Wants to Hear,” invoking the sweet and tender. (Kristin M. Hall/AP)

In 2015 alone, prolific Londoner Kieran Hebden, known as Four Tet, did a mix with Jamie xx, deejayed with Skrillex and deftly touched up Eric Prydz’ “Opus.”

But nothing came close to his stunning two-track “Morning/Evening” LP. Released through his Text Records imprint on Bandcamp (on a whim on summer solstice), the two 20-minute sides are influenced by ragas used in Indian classical music.

The production was inspired by a collection of Hindu devotional and film music inherited when Hebden was younger, that he dug into when his Indian grandmother passed away a few years ago.

“Morning” takes shape in the form of a taut, minimal drum pattern, in the realm of techno, before shades are lifted and streaming synthesizers color the sound. As layers of textured drones unfold, an otherworldly vocal sample from Indian playback singer Lata Mangeshkar enters, exalting the track.

“Evening” starts off with more of a muted rhythm, as digital flares glow against the dusk-tinged backdrop. The final ascension takes it down to a naked percussive stomp, as fidelity shifts, crumbles and refortifies.

It’s one of those cosmic records that you can just let ride or obsess over every detail. Four Tet makes electronic music feel organic. (Jake O’Connell/AP)

Canadian-born Kenny Wheeler, a mainstay of the British jazz scene for 60-plus years, delivers an impassioned, emotionally gripping performance on his last studio recording released just months after his death at age 84.

Though unable to hit the stratospheric high notes of his youth, Wheeler, switching from trumpet to the physically less demanding flugelhorn, plays lyrical solos with warmth and tenderness, underlined by a pervading sense of melancholy. He’s supported by a quartet of sympathetic British colleagues, most notably tenor saxophonist Stan Sulzmann and guitarist John Parricelli.

His stylistic diversity is reflected in such tunes as “Sly Eyes,” on which drummer Martin France plays a military-style snare drum tattoo under a tango-like melody; the meditative “Pretty Liddle Waltz,” with Wheeler and Sulzmann engaging in some lovely call-and-response patterns; and the unstructured “1076,” recalling Wheeler’s past associations with free jazz ensembles.

This is a moving last testament from a humble musician who strongly influenced the global jazz community. (Charles J. Gans/AP)

This British pop singer-songwriter had some mainstream success with two albums released in Europe several years ago, but Lucie Silvas is introducing herself to American audiences with her first US release.

Now a resident of Nashville, Tennessee, Silvas found a community of songwriters and musicians to inspire her to record a new album after nine years. She picked up some tricks from Americana and country music and the result is a great collection of rootsy, melody-driven songs with just enough Southern twang to give them an edge. Both her voice and her songwriting have matured from her earlier albums and added just the right touch of wistfulness and wisdom.

The album’s title song has hearty arrangements that sound like Bonnie Raitt mixed with the Lumineers; “Villain” is a piano-driven soulful ballad akin to Norah Jones; and “Find A Way” cruises with a fuzzed out R&B beat.

She’s been welcomed to the South by country musicians like Kacey Musgraves and Little Big Town, but her music fits right into Nashville’s blossoming independent Americana scene. (Kristin M. Hall/AP) 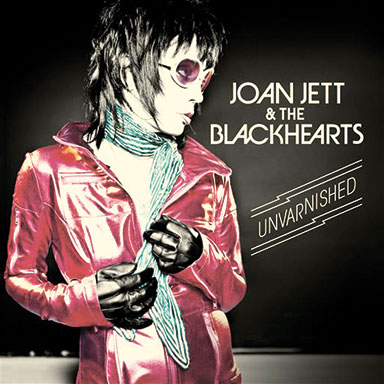 Joan Jett and the Blackhearts ‘Unvarnished’ 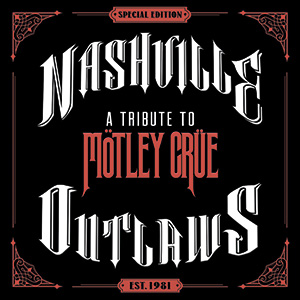