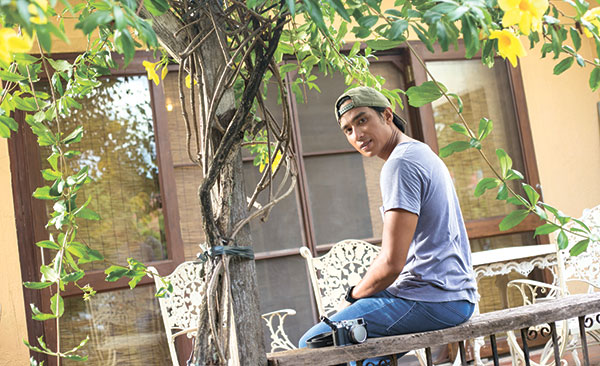 CEBU is known for its lip-smacking, delicious lechon. It seems like the Cebuanos have perfected the recipe for this kind of roasted pork —crispy and juicy pork skin with luscious and flavorful meat. Lechon has always been an integral part of every fiesta or salu-salo in Cebuano homes from all over.

Over the years, because of our innate creativity, the lechon recipe has been innovated in more ways than one. By the end of the noughties, a number of lechon joints opened up that served lechon belly — a slab of pork belly rolled into a seasoned log with extra crispy skin and juicy meat. And that’s when Tatang’s was born.

In 2012, Lorenz Florendo opened his own restaurant that serves extra crispy lechon belly and called it Tatang’s Boneless Lechon. The restaurant got its name from Lorenz’s grandfather whom they lovingly called Tatang.

“I wanted a name that sounded classic and very Pinoy. That’s why I chose Tatang’s,” he said.

A project completely his own, he was meticulous in perfecting the Tatang’s recipe. “We cooked around hundreds of bellies to come up with the right recipe. My family ate lechon twice a day for a number of months,” he fondly recalled. “It’s really easy to make the skin crispy but the thing is, you have to make sure that inside it’s still juicy.”

Tatang’s found a way to roast pork such that the skin is extra crispy yet inside the meat is still very juicy and tender and filled with mouthwatering flavors and spices. With these attributes, Tatang’s was recognized as the best boneless lechon in 2013 in the first edition of Sun.Star Weekend’s Best of Cebu.

Lorenz has always wanted to build a business on lechon since it’s really one of his favorites. But for him, selling whole lechons was difficult because it wouldn’t have regularity. “Every cut would be different. When you order one, you might get the dry meat or the good meat. With lechon belly, all the meat is evenly cooked. Everything is tender and crispy,” he said.

What makes Tatang’s different is they cook the bellies in their stores, making sure that every order is extra crispy and fresh from the fire.

Lorenz got this idea during his childhood days in Dumaguete. “We used to have someone cook lechon in our house. Very provincial. When we eat the lechon, it’s so fresh and hot since it just came from the fire. I wanted to recreate that in our stores,” he said.

Aside from their lechon belly, Tatang’s also has a number of dishes that are equally as good. They have their crispy kare-kare, lechon flakes, lechon wraps, ngohiong and crispy dinuguan. Several party packages are also available as well as a portable lechon station for small events, with a choice of adding a lechon wrap station — crispy Tatang’s lechon belly with hoisin sauce and veggies and enveloped with Chinese wrapper.

Even when Lorenz is surrounded by lechon all day, he balances it out by pursuing a number of interests, such as, most recently, photography and sports. Right now, he is preparing for his third Iron Man, which will be in August 2016. “I got into the tri-life because of friends three years ago,” he said. For Lorenz, participating in triathlons is a fun hobby that’s also very good for his body.

Aside from training for triathlons, Lorenz also does other outdoor activities like surfing and golf. Since he was a child, he always had an active lifestyle, participating in various sports activities like soccer and basketball. To him, it’s important to keep fit especially since he eats lechon almost every day. Being the hands-on owner that he is, he spends his days in Tatang’s Lahug branch doing commissary and overseeing the operations.

With hard work and persistence, Lorenz has accomplished a lot in just three years in the business. Tatang’s has already expanded to other places in the Philippines. Aside from their Lahug branch, Tatang’s also has five branches in Manila and one branch in Davao. “We’re looking into opening a branch south of Cebu,” he said. “Slowly, we will be expanding to more branches, especially here in Cebu.”

Currently looking into ways to level up his expertise, Lorenz is thinking of enrolling in a culinary school. He wishes to have more variety in their menu, and studying culinary would be a good step towards his wish. But right now, his main focus is preparing for the birth of his first child. He and his wife, Hannah, are very excited as they go into this new chapter of their lives. 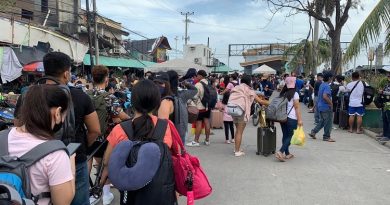 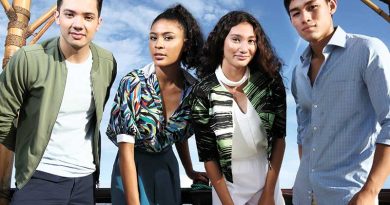 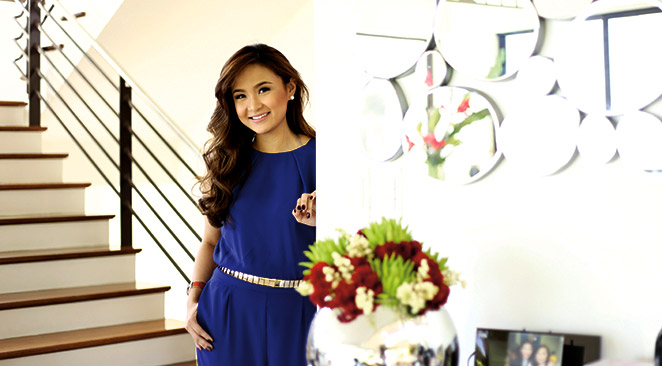 New face on the block