For news on all things electronic - SunStar

OLD school cool seems to be the buzzword these days. Hairdos are starting to get higher, cigarette pants are reincarnated as cropped jeans and (gasp) phones are getting bigger! The irony is not lost on our generation, especially since we are living in the quickest technological evolution to date. What makes it more interesting is that we are in the in-between stage where it is still acceptable to not have a Facebook but it is unheard of if you haven’t got a mobile phone.

So it is no wonder then, that we don’t all have the same urgency to stay updated in the world of technology. Some need to be updated because it is their job. Others couldn’t care less because they still dial with a real telephone at home. To those who live under a rock, well, that is their choice. Maybe they Instagram about it, who knows?

This week, have a peep at three tech magazine apps that bring you the latest scoop on all things electronic. The content varies from those who can tell who is the artist between 10Base2 and Diplo, to those who just want to know what on earth a coaxial cable is. Wherever you find yourself on the spectrum, there’s bound to be an app that suits you best.

Easy to use: This is the app version of the popular magazine, when it comes right down to it. It needs a subscription and a credit card to use but you get the newest edition updated to your device every month.

Overall comment: PC Magazine is the giant in tech publishing, so the app was always going to have good content. It’s the nice in-between for those who are super techie and those who can’t turn on the router without turning something else off. You might have to think about whether you want to spend money on the newest issue, but it makes for good reading too. Four clicks out of five.

Easy to use: This is one of the most enticing news apps I’ve ever seen. You can sort your tech news into “topics” and you can choose where you get your news from. The app is beautifully designed and appeals to any visually-inclined reader. I love how it’s spread out sideways so you see all your news and topics in one go.

Overall comment: This has a lot of things going for it: user-friendliness, design and content. Topped off with a recommendation from the New York Times, you can’t get any more handy than this app. You will need an internet connection to access your breaking stories, but that seems to be the only visible setback. Five clicks out of five.

Easy to use: We can’t have a conversation on tech apps without mentioning Mac Life Magazine. The fact that a whole OS can have its own magazine is not surprising, but when the magazine proudly models itself after the OS (you have to see it to believe it) then you know that perhaps it might not be all it’s cracked up to be.

Overall comment: I’m not usually very scathing when it comes to iOS –only apps or content. I never really was a fan of the all Apple, all the time culture to begin with so this next sentence will not be easy for me to say: the content is actually pretty good. If you’re into Apple products, this publication is easy to read and helps you get the most use out of your product. Four clicks out of five. 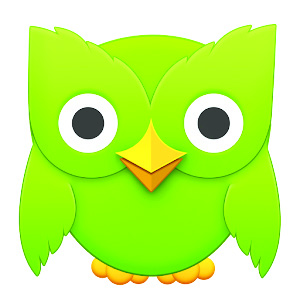 Dora, is that you?