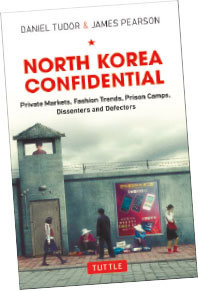 FOR a country that’s been described as an intelligence black hole, North Korea sure has a lot of recent books that try to show daily life there.

A search for the new “North Korea Confidential” at first mistakenly turned up a copy of “North Korea Undercover,” which in turn shouldn’t be confused with Suki Kim’s memoir about going undercover as an English teacher in Pyongyang.

For people watching the world’s most closed-off country for signs of change after the young Kim Jong Un stepped up as leader in late 2011, maybe this burst of books alone tells us something.

While “North Korea Undercover” is squeezed out of a BBC journalist’s single visit to the country while posing as an academic, “North Korea Confidential” is a bit more dry but far more interesting. It could have been called “North Korea Counterintuitive.”

The authors, both journalists in the region, do their best to beat the stereotypes that have been scraped together over the years, “the ridiculous international media image that suggests that DPRK citizens are robots who simply live to serve their ‘Dear Leader,’” write Daniel Tudor and James Pearson.

It’s time to show North Koreans as real people, they argue, even though getting information on the country, especially outside the capital, Pyongyang, remains enormously difficult. Here are some of the unexpected nuggets:

An entire Adidas store in Pyongyang, “stocked with sporting goods brought in from China (presumably without the knowledge of Adidas).”

“Particularly in the case of North Koreans living near the border, it is a relatively simple matter to set up a short phone call to South Korea.”

“It is … becoming common to see young ‘Pyonghattan’ dwellers sitting in cafes, playing with their mobile devices as they sip on lattes.”

“Many North Koreans are now sharing USB sticks loaded with video files of foreign movies and TV shows, and as one may expect, pornography.”

“State television news reports were … promoting beach tourism throughout the spring and summer of 2013.”

“In a short space of time, meth has spread throughout North Korean society, addicting urbanites of all social classes.”

“Today … more and more defectors were actually able to live relatively well in North Korea, but simply feel aggrieved that they have hit a ceiling due to their social status” in the country’s strict classification system.

These are some of the more superficial details in a slender book that also discusses the country’s hidden power structure and the widely criticized system of harsh prison camps. But anyone who has experienced their country being boiled down to a few stock images can appreciate the attempt to go further.

The reclusive, nuclear-armed North Korea also has skinny jeans, nose jobs and microbreweries, at least a few. Who knew? (AP)

‘Feast of Sorrow: A Novel of Ancient Rome’ (Touchstone)

‘End of Watch’ – A novel by Stephen King