I WAS already in my twenties when I sat down with a novel for the first time and fell in love. 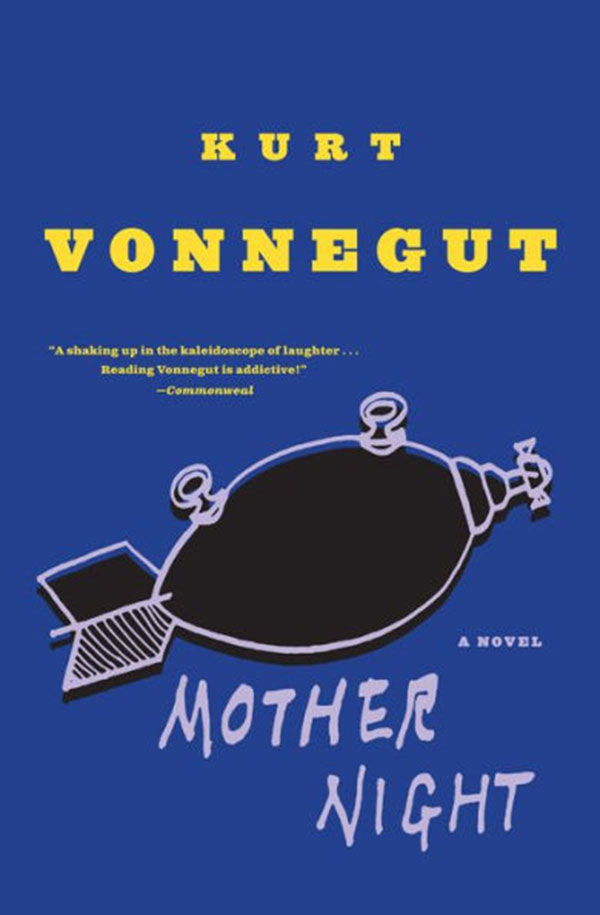 The novel was Mother Night by Kurt Vonnegut, Jr. Back then, the only novelists I knew or heard of were Stephen King and Stephenie Meyer. In short, I knew nothing.

Mother Night is a fictional memoir written by a man behind bars as he awaits his trial or trip to the gallows. The prisoner was an American playwright who made a living in Germany in the 1940s. During World War II, he joined the Nazis and was among their greatest propagandists, and later, for some reason, he accepted an invitation to become an Allied spy — a double agent. His name was Howard W. Campbell, Jr, and he warned me, “We are what we pretend to be, so we must be careful of what we pretend to be.”

A childhood friend offered to lend the book to me. Why, I could not recall. Maybe I was drunk at the time, or the whole time, as most men are in their early twenties. Maybe he just told me the novel was good, that I should start reading books that night and for the rest of my life. (Since he was five or six years older than me, I treated him with a certain degree of respect.) But what I recall is this:

The book was in a truly bad condition that I thought my friend had just picked it up from a garbage dump in the streets and gave it to me. Its front and back covers were torn off, and its worn pages already took on the dimness of dusk. The book seemed like a tired, old dog, whose life of servitude wasn’t yet over. However, the book’s spine felt tough in my hands. Its pages weren’t brittle after all and smelled of a strange sweetness, which struck me, for I imagined it at first to smell like trash. With proper care, the book could still last many more years and endure many more readers. The book was small enough to fit into my back pocket, where it stayed until I got home and read it.

I finished Mother Night in just two days, or rather, two long nights. I was astounded. Not once did I think it possible for me to finish reading a novel. Not once did I think it would be some sort of bliss — at dawn, when the whole suburb where I was living in was asleep and silent, the only sounds I could hear were the sounds of my fingers rubbing against the pages.

Back then, the idea of reading books as thick as bricks was beyond me. I’ve always wondered how much time people spend reading those books filled with thousands of words that send them to the dictionaries. I thought I came closer to an understanding, so I went to my friend’s house (he lived just two blocks away from where I lived) to return the book and to ask him if he could lend me another one. He was surprised I finished the book fast, but told me he had no other Vonnegut. He told me we could borrow from his friend, with whom I was also acquainted before.

The following evening, we got to his friend’s place. That was the first time I saw a house filled with hundreds of books. Envy filled my belly. I was hungry for more. I picked up Vonnegut’s Timequake from the shelves and didn’t return it for two months. It was the novel where I met Kilgore Trout, to whom I could relate. He said, “Smoking is a fairly honorable form of suicide.”

And so it goes.

I went to our school library in search of books. My childhood friend had given me a list, which seemed almost like a prescription, as if books were a cure for something. A cure for what? For life? After hours of rummaging the shelves, I had found none of the books he listed. So I randomly, and unfortunately, picked up a voluminous Ayn Rand book — The Fountainhead — from the shelves, and as I sat down to read it, not only was I put to sleep, but was also horrified: it made me realize why I couldn’t care less about books before.

One day, I went to E-Mall and came across Booksale without looking for it. The prices shocked me. I was a very poor student, but the books were so cheap I bought home a bagful. I read summary after summary. If the summary on the back cover sounded good and the price proved fair, I bought the book immediately. I even bought Nelson DeMille’s Spencerville that cost a hundred pesos, thinking it was good; I later regretted it, but thought it fair, as it was part of a discovery. For five pesos each, I got a copy of Mark Twain’s Adventures of Tom Sawyer, Henry Miller’s World of Sex, and Ernst Becker’s Denial of Death. To think that this was just eight years ago!

It was already an obsession: I skipped over meals to buy books. I asked money from my parents to buy books — and I did. I stayed away from my drunkard friends so that I could go home early to read and write. My drinking and smoking habits lessened. I was sober most of the time, I learned to drink tea, and discovered that reading a book eases the passage of time.

When I finally got a decent job years later, I bought books every Friday from Booksales and thrift houses around the city, returning home late at night with a heavy bagful of books, looking forward to a whole weekend of isolation and reading.

Sometimes at night, I honor the memory of that first novel I’ve read while sipping at my tea. I wonder if someone is still reading the book, and thus keeping it alive.

This year, I asked my little sister to count the books in my room. It got her breathless. She told me there were 771 books. I told her it was 770, for right then I gave her a hardcover edition of The Greatest Adventures of Sherlock Holmes.

Now more than half of these books reside in my girlfriend’s shelves. They’re safer there. Together we have almost three thousand books. She’s an even bigger reader than I, and in fact the best reader I’ve known. Unlike me, she started reading when she was eleven, with Elizabeth I: Red Rose of the House of Tudor, England. She has read too many books, especially classics, that it humbles or humiliates me. She introduced me to Charles Dickens, World War II, Pink Floyd, and dogs.

It was as if all the books I’ve read and amassed in my life gave her to me.