THE Philippine Olympic Committee (POC) and the Philippine Sports Commission (PSC) have agreed to send 584 athletes and 161 officials to the 31st Southeast Asian Games this May in Hanoi, Vietnam.

The figures were arrived at during a meeting among POC President Rep. Abraham “Bambol” Tolentino, Chef de Mission Ramon Fernandez and PSC officials earlier this week.

“We understand the situation because of the budgetary constraint in the PSC, so we have to employ belt tightening measures as regards to officials and equipment,” Tolentino said.

The POC has initially set a 627-athlete delegation to the SEA Games that open on May 12 and end on May 25.

Tolentino said that 80 athletes from various national sports associations (NSAs) are on appeal for the delegation as falling under the Group B category—meaning their NSAs will shoulder their expenses during the Games.

The PSC has yet to determine the exact budget for the Games participation, although Fernandez already announced earlier that it’s in the vicinity of P200 million.

Members of Team Philippines will fly in two batches aboard chartered flights to Vietnam—the first on May 6 and the second on May 10, thus allowing those in the second wave to still vote in the May 9 general elections.

Filipino athletes will still be competing in all but one—xiangqi or Chinese chess—of the 40 sports in the Hanoi program.

They will be divided into four clusters–1A for Hanoi, 1B outskirts of Hanoi and 2A and 2B outside of Hanoi, including canoe-kayak and rowing in Hai Phong. 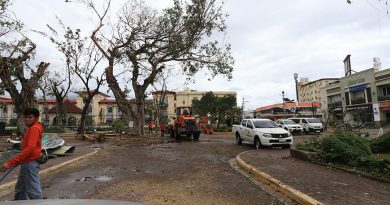