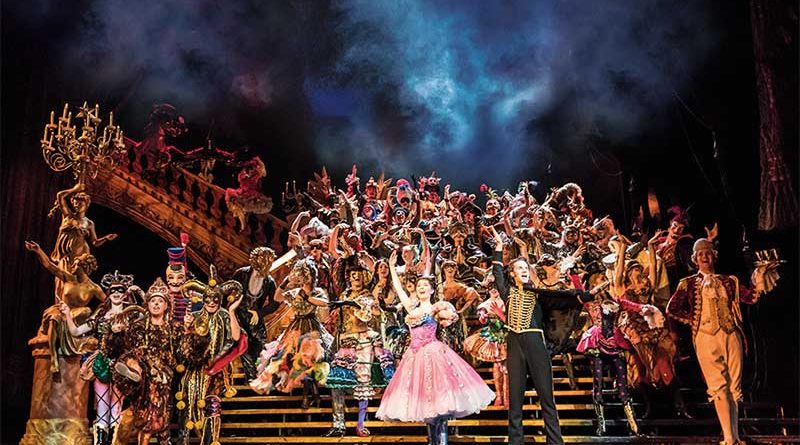 Having celebrated 30 years on Broadway in 2018, the longest-running show in Broadway history, The Phantom of the Opera, returns to Manila. Premiering at The Theatre at Solaire, the season officially opened with an aptly themed masquerade ball gala last Feb. 27.
Based on the classic novel Le Fantôme de L’Opéra by Gaston Leroux, The Phantom of the Opera is a mysterious, masked multihyphenate who haunts the Paris Opera House. Theatre star and Phantom alum Jonathan Roxmouth plays the title character who takes on the young soprano, Christine Daaé, performed by the refreshing Meghan Picerno, as his protégé. Confusing the pedagogical relationship to be reciprocally romantic, the Phantom’s unbridled passion if not madness, and jealousy cause discord to this three-hour ballad that ends on a bittersweet note.
Everything remaining painstakingly faithful to the original show, this production has all been given the Ikea flat-pack revamp from the back end for easier transport of the jaw-dropping scenery, breathtaking special effects and over 230 costumes by the late international designer Maria Björnson. These along with the 130 person-strong cast, crew and orchestra members.
Andrew Lloyd Webber’s most famous and stirring masterpieces such as, Think of Me, Music of the Night and All I Ask Of You and the titular Phantom of the Opera flow one into the other and weave into the entirety of the spellbinding stage setup. Scenery and effects come into play and transition each illusion seamlessly from start to finish with utmost precision. The iconic chandelier is one feature to definitely look forward to apart from the stellar delivery of the perfectly casted actors.
The Phantom of the Opera is presented in Manila by Concertus Manila and produced by Lunchbox Theatrical Productions. It is currently showing in London, New York, Budapest, and on tour in the US. The current Manila run has been extended to April 7, 2019, from which it will travel to Kuala Lumpur and Singapore, next. Tickets are available through ticketworld.com.ph. Centered, mid-row Orchestra seats are highly recommended for a great vantage point. 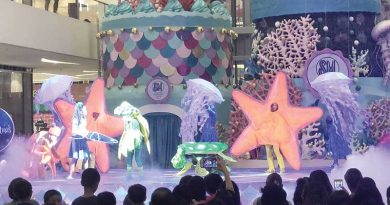 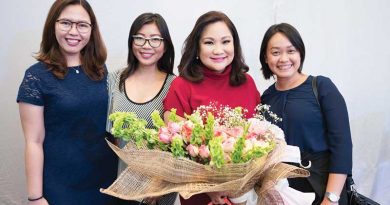