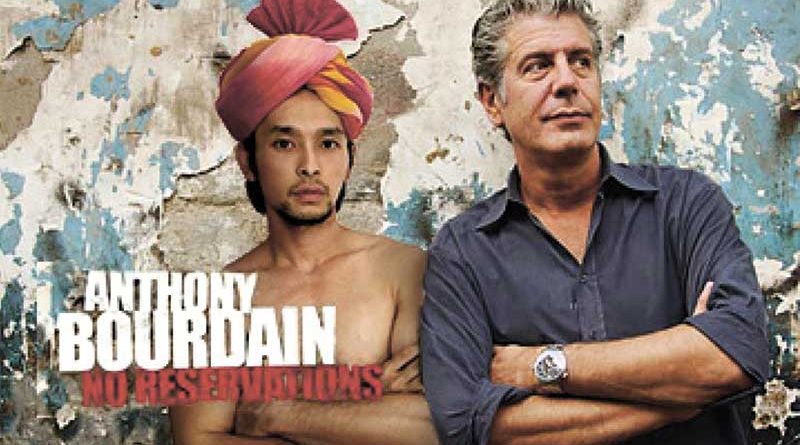 I AM an Anthony Bourdain fanboy. The term, as with a lot of other things today, it is too often used and with much misappropriation that it’s almost a badge of honor. Mine is one I wear with unabashed pride. I finally met my hero on the second day of the World Street Food Dialogues 2017 but, alas, from the audience side of the stage and, later, from a bouncer-determined distance at the WSFC Jamboree. Let us pretend that the text that follows is from a one-on-one interview and not the Town Hall-type assembly that I used all manner of hooks and crooks to secure a seat in the next day.

The hot topic was his upcoming Bourdain Market in New York, USA. Capitalizing on the rising trend of the world street food experience, he believes that younger people are more open to exploring the world and its flavors. “Never has the American or the European dining public been more open or more interested in food from other places. It’s a generational thing.”

On his agenda in this revisit to Manila, aside from gracing the World Street Food Congress, was sourcing for vendors for the market. “It’s like putting together a fantasy baseball team. There are certain players, in a perfect world, which I’d really love to have. You know, you look to your first love first.”

Asked for his preference for the authentic and traditional versus the more progressive and innovative, Bourdain, with all surety, declared his lean towards the former. “I mean old-school.”, he adds as he confesses that he has always been uncomfortable with the term authentic as it changes over time. “I’m looking at introducing New Yorkers to the way things have been enjoyed in their source countries for years. I’m not looking for an exciting creative tweak. Like chicken rice. I’m looking for chicken rice that any Singaporean grandmother would find acceptable.”

The “realness” of the market and its vendors would extend to the physical setup. “Butchers cutting meat. There’s a shellfish bar where people are ordering oysters. Of course, dozens of hawkers selling affordable hawker items from all over the world in exactly the same way and from exactly the same structure as you would expect at a hawker center or the night market.”

Then there is the reality of dealing with New York overheads. Bourdain agrees that it would be hard to get similar pricing in New York as you would have in most of these vendors’ home countries but it will be a democratic market. “The whole point is to create the environment of an original New York market where working people will be able to buy lunch at a similar price point that they are already used to paying. This is not exotica that we’re selling them. We’re saying this is the real fast food. In fact, some of those prices would be comparable. This is what fast food could be. Just as fast as the King, the Clown and the Colonel and this is even more delicious, better for me and an expression of a culture, history and an individual.”

Given his “frequent joking and derision of hardcore veganism,” Bourdain is unsure that his market would be the first place a committed vegan would come to look for their food of choice. He does agree that there’s clearly a market for vegan food. “If there’s a culture where vegetarianism or veganism is an integral part of that food culture, has expressed itself over time and developed into something truly delicious…I think that’s an important if not a necessary part of any market. You have to have those options available.”

I remember it was the Koreatown episode of Parts Unknown where I knew Bourdain was truly a kindred spirit – he tried and loved my all-time favorite Jollibee Amazing Aloha Burger. Pressed to confirm his thoughts on it, he admitted that his first Jollibee experience made no sense to him. “The principle of a pineapple on a burger didn’t sound like a good idea. It’s not something I’d really want to tell anybody at first, but I’ll give it to you. I really enjoyed it.”

He pointed out the general lack of confidence in promoting, trying to or building a business around non-Filipinos with Filipino food. This is coupled with the lack of familiarity outside of the Filipino community and a wariness of certain fundamental Filipino flavors like bitter and sour notes. He also noted changes over the past few years and non-Filipinos who are doing Filipino or Filipino-inflected food to a great success which gave rise to what he calls “Filipino hipster food.” “People who pride themselves in eating the next big thing…buying into hot new food items are increasingly looking at the Philippines and Filipino food culture.” He also confirmed that Filipino food will be represented at the market.

I finally had my turn at the microphone. “As you you have declared, Cebu has the “Best Pig Ever.” Is lechon going to be at the market?”

“I think that’s a given that you have to have lechon. For sure.”

“When you were in Cebu, you tasted two different kinds of lechon: the traditional one and the one by your host. Which one, in particular, did you declare the “Best Pig Ever”?’

“Just so you’ll know, #LechonWars stemmed from that pronouncement and was something big in Cebu about two months ago.”

While he leaves the Cebuano’s no closure, I was left with the satisfaction of that brief exchange. I rushed outside the room in hopes of catching him in the hallway for a quick personal chat, a handshake and a photo of a lifetime. I found him already at the exit carried swiftly by those extra-long pins too far for me to catch up. Nearby, an audibly and visibly disappointed media figurehead from the capital mumbled about his equally failed attempt at posterity. Maybe another time . . . Tony. 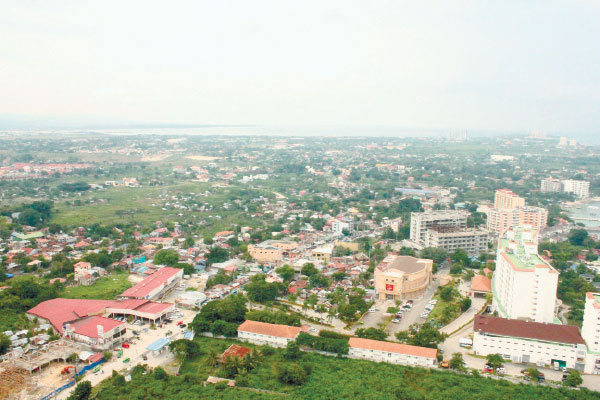 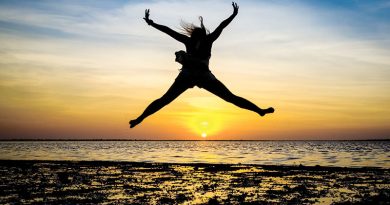 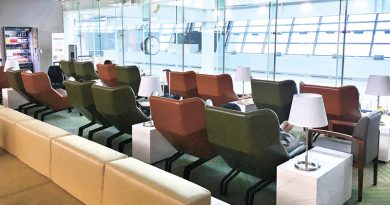