In ‘Allied,’ with Brad Pitt, love in the fog of war - Weekend

Zemeckis’ control of his camera is absolute, if self-consciously so. In “Allied,” with Brad Pitt and Marion Cotillard, he has resurrected the espionage thriller in all its classical glamour with a knowingness that’s both impressively grand and stiffly hollow. The crisp period images of “Allied” never feel far removed from their storyboards. “Allied,” despite its high-wattage stars, feels a bit like an R-rated “Tintin.”

For Zemeckis, the director of “Back to the Future” and “Cast Away,” the distance between animation and live-action is little to none, and beside the point, anyway. He has lately, with “The Walk,” ‘’Flight” and now “Allied,” been on a laudable mission to re-empower the big-screen drama with well-crafted, special effects-assisted spectacles that project human-sized stories onto widescreen canvases.

“Allied,” big and sturdy, always fills the screen. But its gleaming surfaces are missing something underneath.

The film begins with a lone parachutist drifting as softly as a leaf onto the Moroccan desert in 1942. He is Max Vatan (Pitt), a Canadian spy working for the British, so handsomely outfitted that he could have fallen not from the sky but out of another firmament: “Lawrence of Arabia.”

He’s promptly picked up by his contact and handed a case full of guns, a wad of cash and — most lethal of all — a wedding ring. He rendezvous with a French agent in Casablanca, a location chosen as if to summon the spirits of old-fashioned cinema. From his first encounter in a nightclub with Marianne Beausejour (Cotillard), they are already in their roles. While secretly plotting to assassinate a Nazi official, they pose as a married couple.

Under Marianne’s guidance, they go to great lengths to put up appearances. Once at home, she sends him to smoke on the roof since that’s where, she says, husbands go after having sex with their wives. She’s thorough, he notes. “That’s how I’ve survived,” she says. His facade is less impervious. Max’s supposedly Parisian French is “pure Quebec,” she teases.

Their mission unfolds briskly, with curiously little suspense. But the more important drama is in the cracks to their elaborate pretense, the hints to their true selves. As a pair, they are an undeniably alluring couple, but their connection feels slight. Pitt, particularly, comes off too flat in the film’s first half. Those who come to “Allied,” intrigued by the swirl of gossip around the stars, will inevitably leave disappointed.

But Zemeckis is, if nothing else, a master of the set piece. In “Allied,” he arranges them like bookends, staging a sumptuous sex scene in a sand storm and the birth, nine months later, amid bombs. The latter comes because, despite forging a relationship on falsehoods, Max and Marianne fall in love, return to London and settle into married life in a flat in Hampstead Heath.

The twist in Steven Knight’s script, however, is that once they are living happily with their baby, Max’s superiors inform him that his wife is not who she says she is, but is a German spy. He has 72 hours to test her, during which he employs their espionage tricks against Marianne, a duplicity that is its own kind of betrayal.

Here, “Allied” amounts to something more than great costumes (courtesy of Joanna Johnston) and excellent production design (Gary Freeman). The most convincing emotion in the thoroughly choreographed “Allied” is its melancholy sense of mortality. Marianne and Max, as a couple, are forged in an unguarded moment amid war; they don’t expect to live past the next day. We feel the war rampaging through in faces like the rookie pilot, frightful before his first mission, not to return, we later hear.

The fog of war is so thick in “Allied” that it blows even into the bedroom of two people in love. Two and a half stars out of four. (AP) 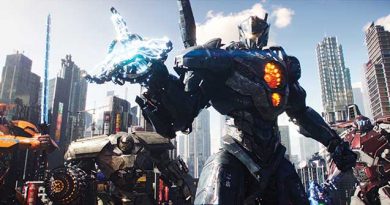 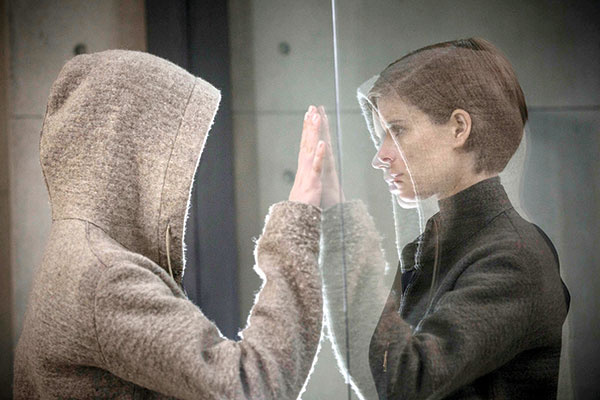 Morgan’ a cool, if predictable, exploration of AI 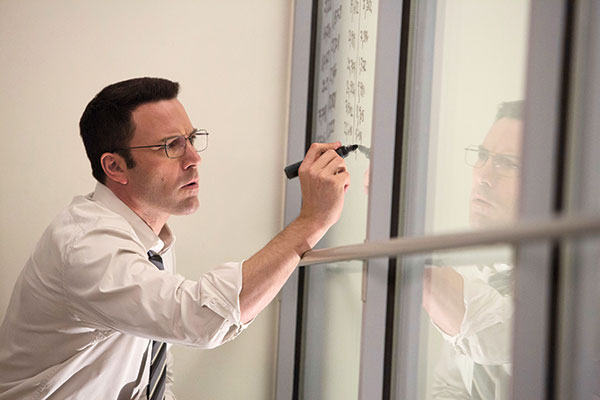