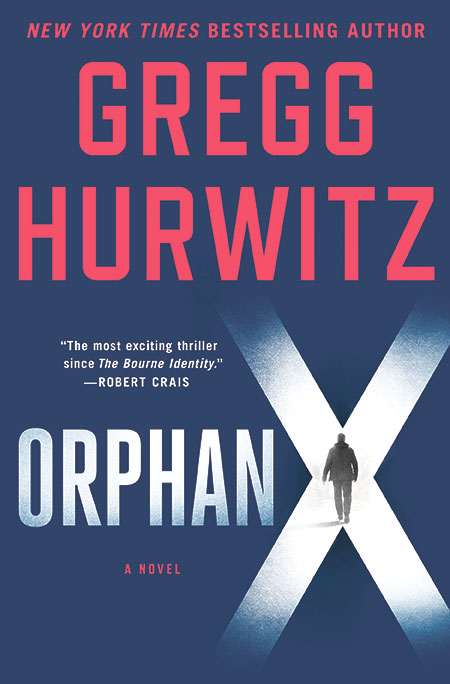 GREGG Hurwitz delivers a masterpiece of suspense and thrills with his latest novel, “Orphan X,” that invokes the best of “Batman,” ‘’The Bourne Identity” and “The Equalizer” films.

The Orphan Program is a secret government program that takes children and turns them into sanctioned lethal assassins. Evan Smoak was told that his designation was Orphan X (the letter, not the number 10), meaning there were at least 23 others. That was years ago. When he became an adult, he took a fake last name and became “the Nowhere Man.” When he’s assigned to kill a fellow orphan, he refuses, resulting in the death of his handler whom Smoak considered his father. He goes underground and leaves the orphans behind.

Years later, he’s working as a freelancer who helps people when they have nowhere else to turn. When he successfully saves someone, Smoak tells that individual to give his phone number to the next person who needs his services as a way to pay it forward. Plus it preserves Smoak’s anonymity.
Then he receives a phone call from a young woman who needs him to stop a police officer who’s using her and others in a sex slave operation. She fears that he’s coming after her younger sister.

What Smoak knows when it comes to lethal solutions for the greater good is the polar opposite of his ignorance of human emotions and trying to fit into the real world. And just when he thinks he can let his guard down, his past returns to haunt him.

The human side of Smoak makes this thriller top- notch. The reader truly cares what happens to him along with the people he cares about and those he’s trying to save in the midst of the mayhem. (AP)

‘Strong to the Bone’