Who would’ve thought that by the end of 2015 we’d all be Beliebers? - SunStar 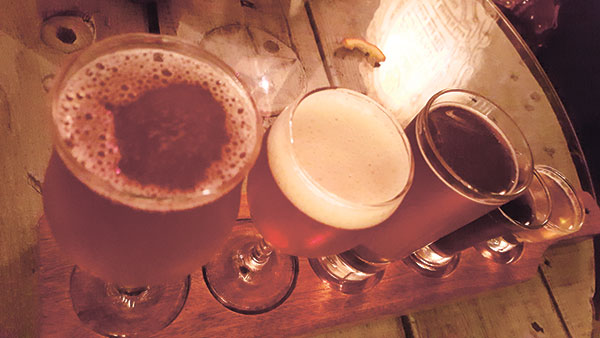 I WAS still woozy from that spinning teacup ride of ‘fourteen and only queued for the john to find myself shoved and strapped into the front seat of the new roller coaster. It took a slow and leisurely loop around the first month before mounting the chain-lift. Clickety-clack by excruciating clickety-clack only to release into a shallow first drop.

Marsala, marsala, marsala. The year bled an earthy wine red early. Organic. Sophisticated. Everywhere. Water into whine. One social media uproar one week only to be quickly forgotten in the next. And, oh, the very well-informed, more-politically-correct-than-thou online mob. Then everything hipster took a two lefts into the mainstream. One, that is not a bun. Two? Well…

The Year of Cheese did not exactly happen and my initial excitement of extending the effort into the next with some home experimentation stopped short with the lack of a reliable and accessible local supply of milk. I just couldn’t rely on carton milk from the neighborhood 7 Eleven. Still, my guinea pigs loved the samples of ricotta and no one sued me for food poisoning. Failure never stopped anyone from just picking up items from Rustan’s Supermarkets’ cheese section. It didn’t, me. There’s also Good Shepherd Hills’ best kept secret of Smoked Cheddar from Cebu Gourmet Factory that is also conveniently a stone’s throw away from (and vice versa) The Hills’ other best kept secret, The (um) Secret Garden.

A camelback came into view and with it a rise in artisanal food and drink. The car teetered over the drop and — whoosh — the pit of my stomach moved up to my throat as if to escape the bottom of that plunge. I found myself eyeballs deep in local craft beer scene and loved it. Wine pairings gave way to beer ones just as those started to gain quite the following. Food prep came up right alongside with even more experimental treatments and more exotic ingredients thrown into the molecular gastronomy blender. Farm-to-table happened when smaller-scale farmers who were direct suppliers washed over the city with the organic wave. Mini-thrills came in tight loops of intimate and themed dinner events, chef’s dinners and secret cookouts.

While the rest of the PI was still vague at the Hague with seemingly tentative dashes at the Nine-dash, a steep helix came by a slew of personal blog projects and spinoffs and more plunges — hands thrown up in the air with new kindred spirits in the food industry. A steep climb began for Cebu’s first weekend food market, Sugbo Mercado, which went into several wild inversions after the drop. Just when I thought ‘Fifteen was running out of steam, it accelerated further into speaking engagements on writing and blogging and went into the local boob tube. Shooting into a tunnel it exited into a fan switchpoint to a hundred new malls and restaurants that gave justice to the delays in the passing of the RH Bill. The ride didn’t let up with countless other exciting twists and turns until the extremely extended break run.

The click and hiss as restraint locks came off came with sighs both in relief and want for more. I immediately queued for the john only to find myself shoved and strapped into the front seat of the another roller coaster. Clickety-clack by excruciatingly slow clickety-clack up the chain lift blending into lush electronic beats from Justin Bieber’s runaway comeback as we teetered over the first drop looking over to the horizon where the sea of Pantone 15-13919 meets the Rose Quartz sky.