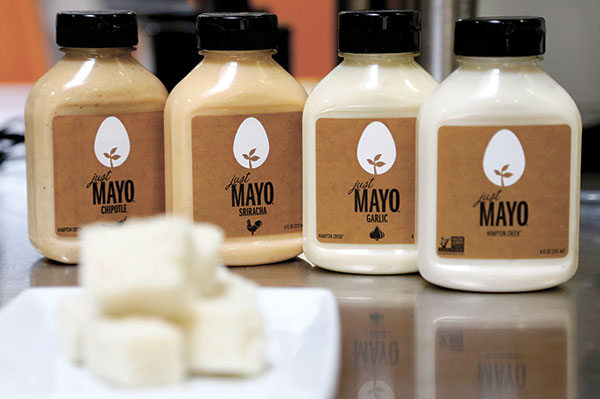 HOW far have vegan alternatives come to tasting like the real thing? Not far enough, according to a panel that tasted the meat alternatives for The Associated Press.

“Noxious” and “kind of not natural” were among the reactions to some of the meatless alternatives being pushed by a new generation of vegan food makers that want to revolutionize the way Americans eat.

“If I were to eat this thinking it is a regular hamburger, I might think it’s spoiled,” said Byron Champlin, a city councilor in Concord, New Hampshire, after taking a bit of a “beefless” burger patty made by Gardein.

Gardein, Beyond Meat and Hampton Creek are among the companies trying to bring energy to a category that has long been defined by brands like Morningstar Foods (founded in 1970), Nasoya (1978) and Quorn (1985). The thinking is that more Americans will embrace plant-based alternatives to beef, chicken and mayonnaise if there are better-tasting options.

The idea is attracting millions of dollars in investments and media fanfare, with the newer companies saying their products also are healthier and gentler on the environment. But the recipes they’re cooking up might not be ready for prime time just yet.

A panel of taste testers at The Associated Press test kitchen in Concord, New Hampshire had mixed reactions to the offerings, and in some cases preferred the more established vegetarian options that have been around for decades. The three panelists were meat eaters, but said they’d go for vegetarian foods, as long as they taste good.

“It almost tastes like someone tried to make a meatball into a hamburger, but did something wrong,” agreed Sarah Kinney, a community news editor for The Concord Monitor.

The reaction was even worse for Beyond Meat’s Beast Burger, which was introduced this year. Unlike Gardein, Beyond Meat says it wants to replicate the taste of real meat, rather than just offer vegetarian alternatives. But Champlin spit out the Beast Burger after one bite and called it “noxious” and “non-recognizable.”

All three taste testers found the “original griller” made by Morningstar Foods the least offensive. It wasn’t exactly a hit either, though; Champlin said he would eat it “under duress” if there was nothing else around.

“It’s just kind of rubbery. It didn’t really taste like chicken,” said Kinney of Beyond Meat’s Southwestern-flavored strips of chicken, which has been on shelves since 2013.

Champlin thought there was a bad aftertaste, but couldn’t place what it was.

The panel was also given a meatless breakfast sausage patty made by Morningstar, and vegetarian bacon by Lightife, another company that has been around since the 1970s. The sausage was the unanimous favorite of the day, with everyone praising its texture for closely resembling the grind-like consistency of real sausage.

St. Jean wondered how it was possible to nearly replicate a sausage, yet fall short on recreating a ground beef patty.

The bacon, by contrast, was given a thumbs-down, with Kinney comparing its appearance to “a dog treat” and Champlin likening it to a “leather chew.” St. Jean agreed, and said they reminded him of Beggin’ Strips, the pet treats made by Purina. The taste fell short, too.

“The saltiness isn’t there, the crunch isn’t there,” St. Jean said.
Although the fake meats didn’t go over well, the panel generally liked Just Mayo, the eggless mayonnaise introduced by Hampton Creek in late 2012. The eggless mayo now sells at major retailers, including Target and Wal-Mart.

Ultimately, the panel said they would buy Just Mayo and the Morningstar breakfast sausages. But they agreed there was no “wow” factor in any of the products they sampled.

“Nothing stood out as being better than the real thing,” Kinney said. (AP) 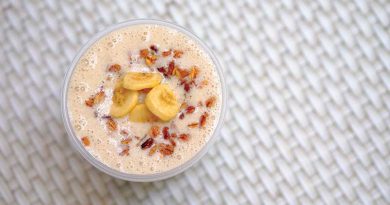 Blend to Stand Out

Super food finds from the market 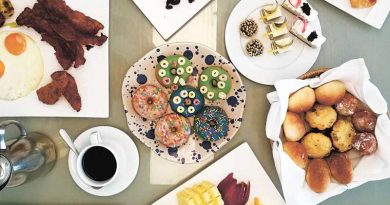