The Help - A novel by Kathryn Stockett - SunStar 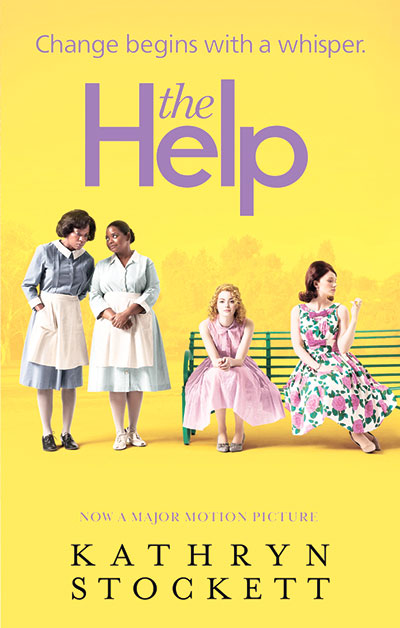 THE first time I heard of The Help was through a movie recommendation of a friend who knew I was a die-hard Emma Stone fan. Even after many times of watching the film, I had no idea that it was based on a novel until a classmate brought a copy she found in Booksale, a discount bookstore that has become a haven for financially unstable bookworms like me. The movie, being a favorite, set my expectations for the book at quite a high bar.

The story mainly revolves around two people – Aibileen, who is a black maid, and Skeeter, a rich white lady who just came home from college. Set in 1962 Jackson, Mississippi, the film tackles the lives of African-American maids working for Caucasian families and the discrimination they experienced.

Aibileen works for Mrs. Elizabeth Leefolt, a member of the esteemed bridge club. She mostly looks after Mrs. Leefolt’s two-year-old daughter Mae Mobley, whose mother clearly has no affection for because she was fat. Aibileen’s best friend Minny Jackson was also a maid who works for Miss Hilly, the most popular lady in town who married a local politician and is considered the standard for ladies in their small town. Miss Hilly was the trendsetter. Every other white girl followed her lead, except for Miss Skeeter.

Eugenia “Skeeter” Phelan was a member of the bridge club and Hilly’s childhood best friend. Skeeter had recently graduated from college in Chicago where colored people were treated better than in Mississippi. Raised by a colored maid whom she considered more of a mother than her biological one, Skeeter was a direct contrast to Hilly’s racist and self-important character. In her pursuit to becoming a writer, she was told to gain some experience, so she applies for a job at a weekly local newspaper. She was given a cleaning advice column called Miss Myrna. Being a rich white girl with no knowledge on removing stains and washing dishes, she approaches Aibileen for help. In one of their sessions, an idea struck her — she was going to write a book on colored maids and their stories on working for white families. In a place like Mississippi, it was a very big risk to take.

The first thing that captured me when I started reading the book was its voice. It was written in a usual first-person point-of-view but with a Southern or black accent, depending on who was telling the story. It strayed from the grammatical path of the English language and was written the way the storyteller would actually say it out loud. Having already watched the movie, I could almost hear the voices of the characters speaking their lines. It was altogether unique and refreshing, filled with authenticity in its characterization.

Another beauty of the book is that it not only showed the stories of discrimination but also of those who were treated well by their employers. In some cases, the help was considered a part of the family and was loved deeply by the people they work for.

When I started reading the book, I almost stopped, thinking that I was just reading the exact same story from the movie. But as I went on, I discovered additional scenes and details that were either altered or altogether omitted in the movie. The characters, though their personalities were retained, had different physical traits from the ones in the movie. This difference gave me room for my imagination, to give the characters the appearance based on how the author wrote it. No movie is ever exactly like its book, and I salute the creators of the movie for having been able to capture the rawness one can find in the book.

The author, Kathryn Stockett, writes a few pages on how she came to write the book. She herself was raised by a colored maid, Demetrie, and had often listened to her stories the way Skeeter did with her maid Constantine. As a reader, I felt that this was more than just a debut novel. This was her life’s story.

If you would ask me which is better — the movie or the book? — they are equally beautiful. The book is a rare jewel in comparison to today’s modern literature of young adult romance and teenage fantasies. It is a written proof that family goes beyond biological ties and racial differences. (Faith Anne Kristie Aragon/UP Mass Comm)

‘The Monk of Mokha’

‘The Last Unicorn: A Search for One of Earth’s Rarest Creatures’ – Non-fiction by William deBuys