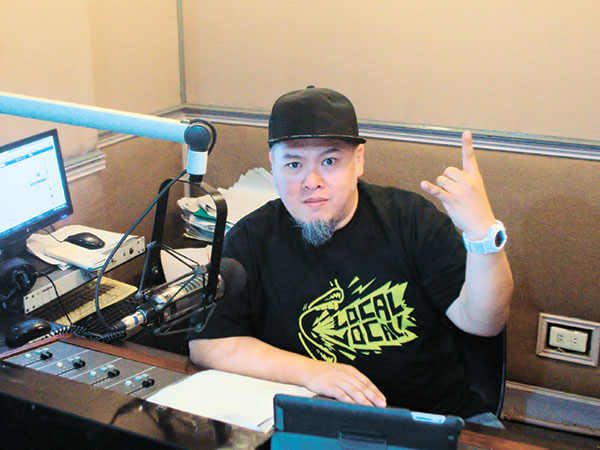 MEET Alexander “Phatboy” Lim, the guy who started a Cebu independent label that signed homegrown bands Urbandub, Faspitch, and The Ambassadors, as well as rap act Dice & K9, in 2003. The label — Lighter Press Records — added Nuncyspungen from Cagayan de Oro and Point Click Kill from Iloilo to its roster.

After dropping out of college, he decided to enter the music scene, booking artists for events. After learning that some artists couldn’t come up with their own album because it was expensive, he took a risk on a number of underground talents, and it paid off. He later transferred base in Manila, where he signed more artists there, putting them under one family called Sonic Boom. For close to a decade, bands sought to be part of the Sonic Boom lineup, a testament to Phatboy Lim’s music management acumen.

Now the man who made the local music scene at the turn of the millennium happen is back in Cebu and hosts the indie program Local Vocal Cebu on Magic 92.3. Let’s find out about what he’s up to next.

What made you come back to Cebu?

After many years of doing the band thing, I got married to a Cebuana. Because everything’s so fast and messy in Manila, we decided to return to Cebu where it’s calmer and more suitable to raise a family. I also had to take care of my dad’s business because he was getting older.

What do you think of the music scene now?

I noticed that the whole landscape of the music scene in general really changed from the time I started Lighter Press Lighter Records. Everything changed from digital music to the mobile phones. Back then we used to just have it on CDs and go to friends and just share. At that time the Internet was still on its birthing stage. I love technology and I saw it coming.
Also, unlike before when the major players in the music industry could dictate people what to listen to, now it’s really fickle. The community of listeners now opts for what the people are talking about and not really about what the media or the major labels are telling them to listen to. Of course there is still influence, but not as big as it used to be.

What’s your take on high technology in the music industry?

Back then we had a very hard time introducing local bands, but now if you give a song to the radio it will be played, especially because of high technology where the quality is really good. Now it’s very open, and even if you don’t go to the radio you go straight to your phone. Before, you had to go to the gig to watch the band who hasn’t recorded anything yet, and then wait until they come back to you with a record. Now, all the bands starts recording, they put it online. You listen to them on Sound Cloud, and if you don’t want to watch them live, they’re on Youtube.

How did you become part of Magic 92.3’s Local Vocal?

Because of technology you can actually get a glimpse of the next big thing online, so that’s what I’ve been doing. I found out about great artists in Cebu like the Labrats, Drive Me to Juliet, and, just the other day, hiphop artist Jed Durano. My plan was to come up with a production outfit again, like Sonic Boom, but it had its risks, considering I now have a family. An opportunity came when my friend disc jockey Jack Stone, program director of Magic 92.3, asked me if I could do Local Vocal Cebu, a Sunday show that runs from 6 to 9 p.m. Back in the days, Jack Stone and I did Tunog Kalye, which has the same idea as that of Local Vocal. I’ve heard about Local Vocal 89.9 in Manila — they invite artists as guests and it’s three hours of local music. So, when that thing came up, I felt it was a good start for me to search for that band in Cebu that could change things.

Why go back to radio?

Although radio is not as influential as it used to be, I still believe that radio is not really about just the listening of the music — it’s really about the curating. You could be curated with music through your friends. There are bigger companies like those who feature Ed Sheeran and Lady Gaga, they have the power to let people know who they are, but for the small ones how do we know about them? Usually it is your friends who tell you what you should listen to. But I really still believe that because it’s a community driven market now. With the phone, my audience is not really the listener of music — it’s the community that I’m building for the show.

How does Local Vocal fit in this setup?

Local Vocal is really for the artist as a listener. It starts with the artist — if their songs are being played on my show that means they are privileged to be played on the show, they are going to tell their friends that they’re on air. Their friends will know about the show and it connects from there, and it becomes a community. And if they start making a gig they’ll know about the brand. So it starts like that.

My aim is to maintain the music platform, keep the balance. It starts with recommendations and I believe the radio plays a big role in that. When you listen to a radio station now, if you notice there’s more talk compared to music because to be honest, it’s not so powerful to play music alone, the power now is the person itself because why would you listen to the music when you can just browse it on your phone?

Also I believe the purpose of the show or what it still has to offer is that most of these local artists are not yet on mobile, it’s starting to go there but not everyone yet. By the time that most of these artists I feature are online, they would look back at the time when they were on radio. Also, Local Vocal is really more of a passion project, and it also keeps me sane a bit. 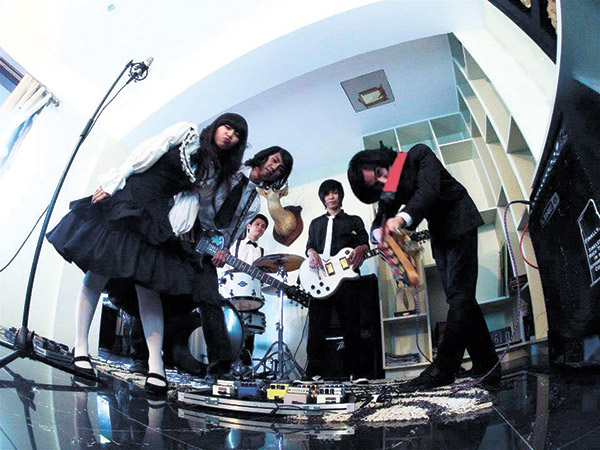