The Gyrocopter has landed - SunStar 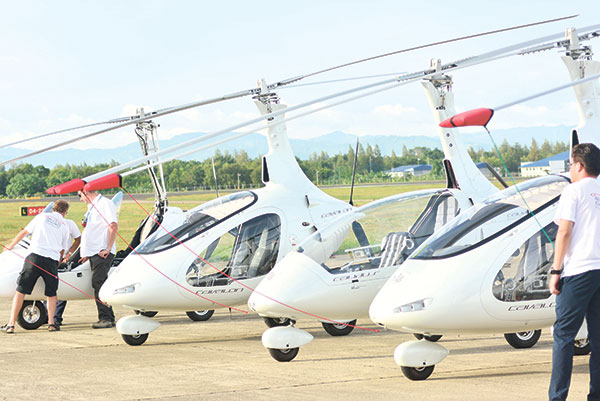 FROM afar, you’d mistake it for a toy, but a plaything the gyrocopter is definitely not. Up close, it’s one impressive piece of state-of-the-art machinery that soars both in form and function.

Take it from Australian investor and pilot Ferris Kauley, who has partnered with AutoGyro Germany as gyrocopter distributor in the Philippines and Southeast Asia. Kauley says the gyrocopter is perfect for inter-island travel, whether for tourism, the distribution business, or other island hopping activities.

So what exactly is a gyrocopter? According to the AutoGyro website, a gyrocopter is a type of rotorcraft that’s powered by autorotation, which is different from the “helicopter’s use of active rotation.” That means the engine moves only the propeller and serves as the aircraft’s only drive.

“The gyro is designed for a variety of conditions and events.” AutoGyro said on its website. “Like no other rotorcraft, the gyro can be flown in strong winds and weather conditions and can practically be used year-round.”

Cebuanos had a close encounter with this new aviation technology, during the gyrocopter’s launch last Nov. 28 at PAMS General Aviation Area at the Mactan Cebu Airport. During the launch, six gyrocopters were flown to demonstrate the machine’s capabilities and safety features. Some guests were given the chance to experience and ride the gyrocopters during the air show.

Each unit costs around P3.5 million, inclusive of 20-hour training, but Kauley is also looking at having units available for rent, as soon as the gyrocopter, with its strong safety record, gains acceptance in the market. Now that’s one flight to really look forward to.

What is a gyrocopter?

A gyrocopter is a type of rotorcraft that uses an unpowered rotor in autorotation to develop lift, and an engine-powered propeller, similar to that of a fixed-wing aircraft, to provide thrust.

The rotor uses the air stream to set itself into rotation, and it is this auto rotation that generates the buoyancy of the gyroplane. In the event of an engine failure the gyro would lose altitude slowly and still be able to perform a controlled landing. AutoGyro has distributed over 2,000 gyroplane units since 2012 in over 40 countries worldwide. (Wikipedia, AutoGyro website) 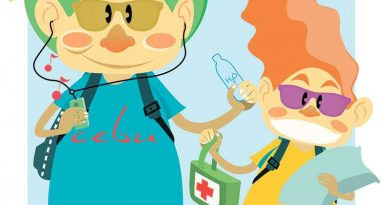 Essentials for a Great Road Trip