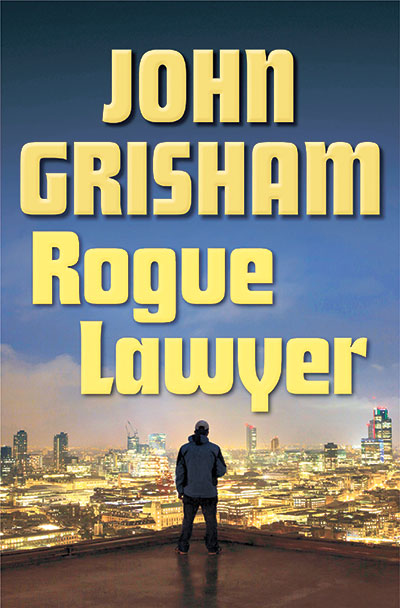 In the world that Grisham reveals from Rudd’s perspective, he is fighting for his clients’ lives while also battling corrupt police and court officials who would rather have closure than the truth. While his methods are sometimes unorthodox, and he doesn’t have an official residence he can call his office, saying Rudd is a rogue lawyer is a bit of a stretch. He’s not really a scoundrel or dishonest.

The book opens with Rudd defending someone who appears to be guilty, but he knows otherwise. The evidence is either made up or circumstantial at best. He has witnesses who can place his client elsewhere at the time of the murder, but it’s going to be a tough sell since his client’s alibi involves testimony from street people and drug addicts. The jury has already made up its mind and is willing to do anything to put an innocent man on death row just to stop the proceedings.

Several other cases land in Rudd’s lap over the course of the novel, with some being quite personal and others tragic. He’s going to have a difficult time providing justice the more he pushes.

The book’s layout and the way in which the narrative flows give “Rogue Lawyer” the appearance of being several short stories crammed together. The last third of the book feels more like a standard novel when elements from previous sections are mentioned and become essential to the tale.

All the standard Grisham themes are in abundance, and Rudd’s charm as the narrator should vault this book to the top of the best-seller lists. (AP)

‘And Now We Have Everything: On Motherhood Before I Was Ready’ (Little, Brown and Company) Memoir by Meaghan O’Connell