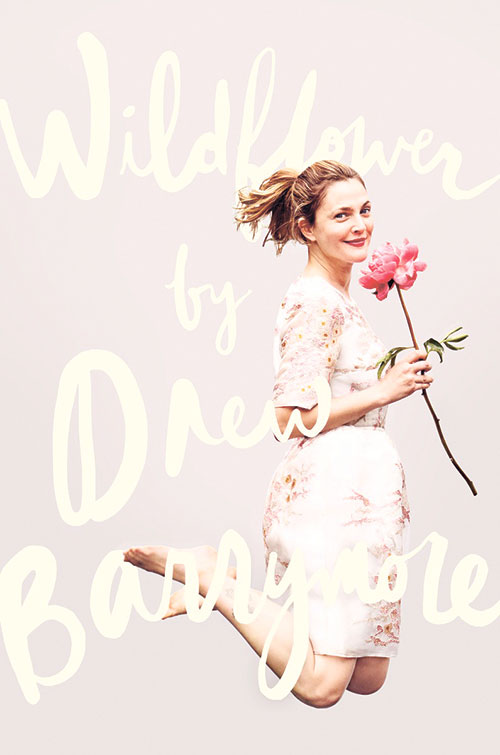 COUNTLESS celebrities have penned autobiographies. Not a lot are like Drew Barrymore’s.

And that’s a good thing.

“Wildflower” bounces around chronologically and thematically and generally refuses to bend to the rules of conventional memoir writing.

“If it feels personal for you, then I am so happy, because it was personal for me,” Barrymore writes in the not-a-memoir’s preface. “I didn’t write it in any particular format.”

The lack of a traditional structure works, though, because the end result for the reader is an illuminating and entertaining look back at the famously free-spirited actress’ 40 years on Earth.

Free of — pardon the pun — flowery writing, the book is as down-to-earth as the author herself appears. It also is self-deprecating, with references to Barrymore’s “klutziness” and her “valley girl” cadence.

Barrymore makes sure to touch on moments that are well-known to the masses, including her: role in the classic film “E.T. the Extra-Terrestrial,” exhibitionist appearance on David Letterman’s late-night talk show and three big-screen collaborations with comedian Adam Sandler.

The owner of one of the most famous surnames in Hollywood, Barrymore — the granddaughter of famed stage and film actor John Barrymore and the grandniece of renowned thespians Lionel and Ethel Barrymore — has been a working actor for much of her life.

A life that has had more than a few ups and downs. “I just grew up too fast,” she writes.

Written a quarter-century after the release of Barrymore’s “Little Girl Lost,” which chronicled her turbulent early years, “Wildflower” is the work of a mother of two young girls who has a much different perspective on the world.

“Wildflower” is at its most engrossing when the author delves into her relationships with those who have impacted her life, including her barely there parents and supportive in-laws and friends, including “E.T.” director Steven Spielberg, who Barrymore writes “took me in, a girl who needed a father, and it meant the world to me.”

From wild-child headline-generator to entrepreneur, filmmaker and philanthropist, Barrymore’s roller-coaster existence is slowing down these days.

Just long enough, anyway, for her to pen an engaging examination of her past. The little girl who once was lost clearly has been found. (AP)

‘Ink and Bone’ – A Novel by Lisa Unger

‘The Platinum Age of Television: From I Love Lucy to The Walking Dead, How TV Became Terrific’