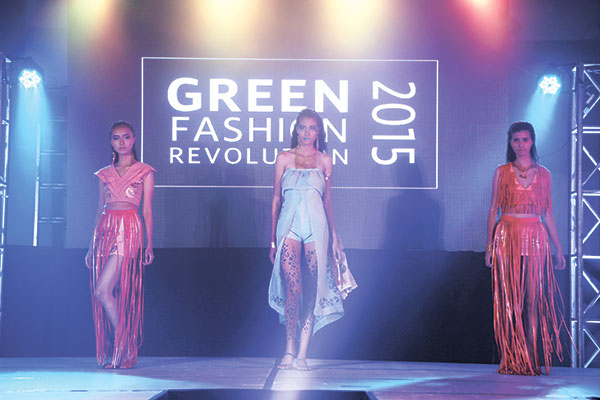 ON its fourth cycle, Green Fashion Revolution (GFR) sets out for another round of style, sophistication and sustainability.

With the theme, “Ecouture: Greener Design for a Better World,” this year’s intercollegiate competition gathered colleges and universities in a series of creative and learning activities to weave their creativity and design prowess.

Four universities took on the challenge of bringing out the best eco-friendly designs into something that is practically wearable and saleable at the same time.

“The program has provided a platform that recognizes and celebrates talent and ingenuity that pushes the environment agenda,” said Carpio.

Green Fashion Revolution 2015 showcased a total of 40 collections on the runway, as well as the nerve-racking announcement of the winners, at SM City Cebu last Sept. 26.

With a total score of 88.05 percent, “Tropico” of Cebu Institute of Technology University (CIT-U) grabbed the grand prize.

This is CIT-U’s second win, after bagging the competition in 2012.

“It’s been three years since CIT-U won the title and it feels great to win it back again,” said Christian Coniendo, 20, one of the student designers.

CIT-U’s nature-inspired collection championed for ecotourism in Cebu’s beautiful spots. “Our collection was inspired by the Cebuano culture, its tropical landscapes and Filipino paintings,” said Coniendo.

“The collection answered what sustainability should be, it had a strong commercial appeal, and the look has a global approach – it’s very Asia, it’s very tropical,” said Edwin Ao, well-known fashion designer and one of the judges.

Meanwhile, the Lesbian, Gay, Bisexual and Transgender (LGBT)-themed collection of the University of San Carlos (USC) Talamban won first runner up with an average of 83.46 percent.

“Our design was a way of sharing the vision of a better world where being you is never an insult,” said Robert Andrew B. Hiyas, 18, student designer.

Last year’s defending winner, the University of the Philippines (UP) Cebu made waves with their collection “SHIO the Sea is Rising” and took second runner up honors with an average score of 79.81 percent. “It’s all about human intervention and how it is affecting our waters,” said Van OscarTabaloc, 22, student designer.

This cycle’s newest entrant the University of San Jose-Recoletos (USJ-R) took the stage with metamorphosis-inspired pieces, and placed third runner up with an average score of 70.65 percent.

“We chose metamorphosis because we have linked it to our environment (which is) growing and is in constant change, like a butterfly,” said Richlyn Rose E. Vildosola, 18, student designer.

The schools all received cash prizes and trophies both for major and special awards.

For the special awards, UP Cebu grabbed the Best in Accessories Design as well as the Best in Bag Design, while USC Talamban got the Best in Footwear, and CIT-U won Best in Clothing Design.

“The people of today are full of talents and are full passion for sustainable vision. We are truly grateful especially to the schools for a job well done. Aboitiz Foundation is a proud platform that recognizes your talents and ingenuity,” said Danny Cerence, Assistant Vice President of the Aboitiz Foundation. 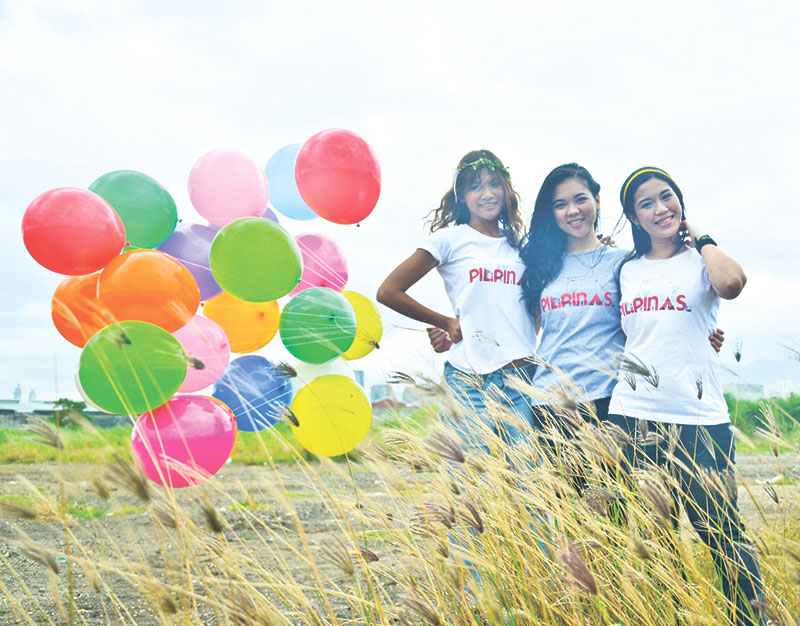 Stepping Back Into The 90’s 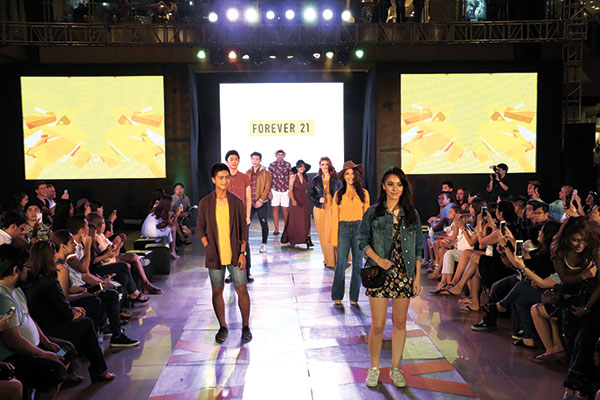