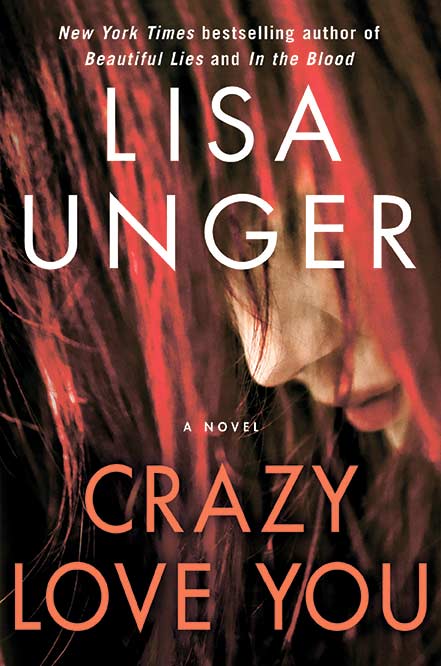 A novel by Lisa Unger

LISA Unger takes what appears to be a tale of finding true love and adds in a nightmare element in her latest chiller, “Crazy Love You.”

Ian tells his story of trying to escape the past and find a blissful existence. When he was growing up, he was bullied for his size, and his mother murdered his baby sister. If not for the compassion of a young classmate named Priss, he would have died that night as well. As he got older, he got thinner, and Priss was by his side.

In the present, he has become a successful graphic novelist with a series called “Fatboy and Priss,” with stories clearly based on his life. One afternoon at a park, he sees a woman named Megan and is immediately enthralled. He must draw her face. After a few days of following her, Megan confronts Ian and demands an answer as to why he’s stalking her. He realizes he’s in love.

Ian knows he has to change in order to win Megan’s heart, but Priss is prone to jealousy, and she doesn’t appreciate a new woman in Ian’s life.
The emotional roller coaster that Ian rides over the course of this novel is both exhilarating and gut-wrenching. The reader wants him to succeed and find love with the sweet Megan. Priss plays like the perfect villain to upset the proceedings, and she has the best motive of all to keep them apart: Priss loves Ian, though she refuses to admit it.

The seemingly straightforward story proves to be complex and surprising in several ways, and Unger has a gift for telling a story with great characters while also manipulating the reader.

Love can be passionate and consuming, but it can also be heartbreaking and painful. For Ian and Megan, there is also hope. It’s crazy good. (AP)

‘The Terranauts’ – A novel by T.C. Boyle