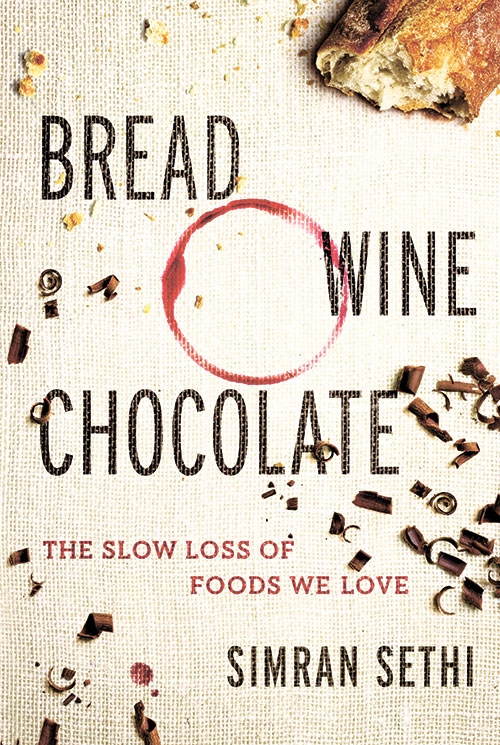 THE lands, waters and atmosphere of our planet are under tremendous stress from the appetites and endeavors of more than 7 billion people, and such issues often make for grim reading. But environmentalist Simran Sethi has an appealing new argument in “Bread, Wine, Chocolate.” She explains how the pleasures of tasty food and drink are also threatened, and suggests that protecting biodiversity can help us reclaim a diversity of flavors, too.

From pistachios to wine and chocolate to coffee, Sethi shows that the foods we love have been biologically dumbed-down to feed the masses. Bananas? One species dominates worldwide production, even though hundreds more — with more flavors — exist. The U.S. pistachio industry? Descended from one species. Wine? A half-dozen French and European varieties dominate vineyards and restaurant lists, but more than 1,000 wine grapes exist.

Sethi, a former NBC News correspondent, notes that 75 percent of the world’s food comes from just 12 plant and five animal species, often treated with the same fertilizers and pesticides. In practical terms that sameness raises the risk of global disease outbreaks, just as hospital bacteria have developed resistance to antibiotics. It also means that uniquely tasty regional crops are at risk of dying out, leaving farmers from Australia to Europe and the Americas fighting for a sliver of the same global market. “While we debate GMOs and the merits of Paleo (diets) … we’re losing the foundation of food,” Sethi writes, since diversity is the foundation for tastes and smells, and for resistance to pests, drought and disease.

“Bread, Wine, Chocolate” is full of wonderfully geeky bits of science, including an excellent section on how memory and culture influences our perception of taste. But Sethi’s friendly, welcoming tone makes serious topics digestible and pleasurable. “Eat and drink with reverence and gusto, whether it’s a Big Mac or a mountain of kale,” she writes, with an admirable lack of foodie pretension.

“Bread, Wine, Chocolate” is passionate without being dogmatic: Sethi understands that global change takes time, and that poor farmers in India can’t just flip a switch and turn to small-scale, heirloom crops. Sethi acknowledges extinctions, climate change and heartbreak, but leaves readers with the hope that individual choices will make a difference over time, and that the love of food can be joyous and part of a meaningful commitment to the environment. (AP)

‘You Will Know Me’ – A novel by Megan Abbott 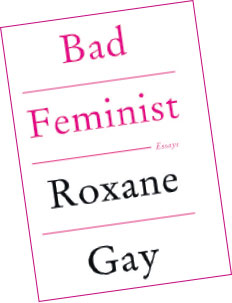