YOUTUBE has really changed the way we look at entertainment. We used to think that people in the entertainment business were unreachable, distant. They existed among the lofty reaches of Beverly Hills, only deigning to come play with the mortals when there was an opening or premiere for something. But since Youtube and the Internet, anybody with a video and a half-decent camera could be an entertainer, with no limit to what they wanted to do.

Some of this generation’s most well-known singers/dancers/personalities got their start on Youtube. Take Michelle Phan as an example. The cool-voiced makeup guru started her beauty empire doing makeup tutorials on her laptop’s camera. Six million subscribers later, she owns her own makeup line with branches in New York and LA! Not too shabby, for a once-penniless fine arts major.

Put yourselves closer to the movers and shakers of this century, as we look at three apps created by Youtubers, in the wake of their success on the Internet. Be inspired, and maybe you’ll see your very own Youtube-inspired app being reviewed right here.

Easy to use: To put it simply, this is a batting cage-style game. The colorful tutorial at the beginning is easy enough to understand, and the graphics are slightly better done than the original Annoying Orange videos.

Overall comment: Annoying Orange was one of the first viral videos. Twenty-somethings think back at the screeching citrus and remember the good old days of 240p resolution videos. This game embodies Annoying Orange: it’s infantile and it’s a little bit addicting. I have never wanted to pitch a cantaloupe so far before. Mindless but entertaining, just like the original. Three clicks out of five.

Available on: iTunes for now, but they’re working on an Android version

Easy to use: This app takes everything that you love about food and community and puts it into a space that’s accessible and cool. Very easy to use, anybody who can swipe and tap can use this.

Overall comment: Sorted Food’s Youtube channel started out as four lads from the UK who wanted to put young people back into the kitchen and creating beautiful food. They first came out with a cookbook, but with the success of their channel they’ve finally reached their fans where they are wanted the most. A great app to have, for getting inspired and for cooking, too. Four clicks out of five.

Easy to use: I would call this a vanity app. Creators and founders of the hit comedy Youtube channel Ian Hecox and Anthony Padilla needed a place to put their videos in one place, and they did it with this app.

Overall comment: This app doesn’t really do anything special I think. It just takes all the various channels and shows that they have and chuck it all into a single ground for people to find easier. I’m a little bit disappointed, considering that Smosh gave us gems like the Skinny Jeans workout video and the Anime Voice Swap. I’m waiting for them to do something better, but I guess they failed with this app. Two clicks out of five. 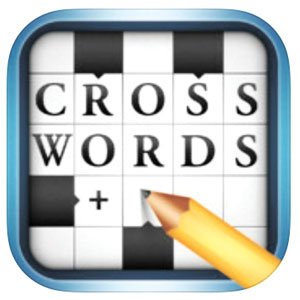 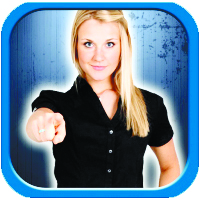