WHEN I got my hair cut, I picked up a gossip rag that featured a J.Lo who was still married to Marc Anthony. By my reckoning, that magazine would have been considered ancient history. But no matter how obsolete it was, I still devoured the story like M&Ms at the cinema. My life was not altered in any significant way afterwards, but it was still a good way to kill a good half hour.

We don’t need gossip magazines. There is a reason why they are available next to the chocolates at the checkout lines in the grocery. We don’t need them, but god help you if you leave without one. I know that we see enough of the overpaid and underfed elite of Hollywood on TV, but we feel compelled to know what goes on when the TV flips off as well. So given the Filipino tendency to chismis, I think the tabloids have a steady market right here. Though awards season is long over, we can still keep up with Hollywood’s best and not have to surreptitiously grab a copy at the end of a checkout line.

Overall comment: Gossip Bucket is the love child of an RSS feed and Twitter, born under a lucky pink star. It pulls the latest news from different news sources, but if you swipe right you get to choose which source to take your news from. I read about the latest Kardashian to get a divorce, something about a half-naked Hugh Jackman and why the Avengers was bumped down from an R18 rating to an R13. Keen? So was I. Three clicks out of five.

Easy to use: I would say yes, but the simplicity of the app almost compromises the design. You’d think that the industry standard in celebrity gossip would have devoted more time on this app’s design.

Overall comment: It’s functional, that much I will say. It divides everything into photo galleries, TV show news and the latest news. You can also link this app to your Facebook and Twitter pages, if you find a story you’re wanting to share. I was expecting much more from this app, especially since E! is the name that comes to mind when it comes to the tabloids. Rather disappointing, really. Two clicks out of five.

Easy to use: It works a lot like Gossipbucket, but it draws from more familiar entertainment news websites.

Overall comment: This also features pictures and videos, which is the crowning glory of this app. Particularly so with any story that involves the Biebs in jail. The app design is a bit less pink than Gossip Bucket, but if you’re going to be checking out the dirt on celebrities on your device then appearance is the last thing you need to worry about. Three clicks out of five. 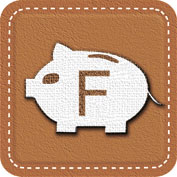