10 places in Cebu to satiate your craving for Chinese cuisine

WITH Chinese New Year merely two days away, there’s no better time to partake in a sumptuous Chinese feast than now. Today, Cebuanos are lucky to have a good number of restaurants to choose from — from the no-fuss fastfood style to the more upscale, finer dining experiences. If you’re looking for a place to indulge in some good ol’ dimsum and classic Chinese cuisine, here are 10 places in Cebu where you can sate that craving:

The name translates directly to “Seafood King”, so you can’t eat at this restaurant and not order at least one (but why only one though?) of their exquisite seafood dishes such as the Peppercorn Squid, Lobster (with Sotanghon in Hot Pot) and Grilled Shrimps with Superior Sauce.

As 2018’s Best Chinese Restaurant, Mingnan takes a straightforward approach to Chinese cuisine, focusing on quality rather than fussy presentation. With generous servings and authentic flavors served in a casual atmosphere, there’s no wonder why this place has gained a loyal following. If you love heat, Mingnan can cook up a great savory spicy dish, whether it’s with pork, chicken or vegetables.

Specializing in Cantonese and Szechuan cuisine, every meal at Tin Gow is guaranteed to be bursting with flavors. Get the Braised Abalone with Mushroom if you’re looking for something new to try but nothing too exotic.

Awarded Best Value Set Menu in 2017, Majestic’s Super Value Set Menus include a well-curated mix of soup, meat, vegetables, rice, noodles and even dessert. Enjoy a spead that will surely satisfy you and your family and friends.

The sheer excitement of waiting for the carts stocked with Harbour City’s delicious steamed and fried dimsum to approach your table is part of the experience. When you can’t make up your mind on what to try, get the Dimsum Platter for all the good stuff in one plate.

We all know Ding How as the creator of the iconic Steamed Fried Rice but more than just this dish we’ve all grown up enjoying, there are also other items on the menu that are worth the praise such as the Ham Suy Kok, which is a fried glutinous dumpling stuffed with minced pork — think of it as a savory buchi.

Nothing is as comforting as a bowl of hot steaming soup. Aside from David’s Chinese staples like the congees and noodle dishes, the Shabu-Shabu is also not to be missed — just take your pick at the essential components like the soup base, vegetables and protein.

Going through Luy’s menu, you’re spoiled for choices — there’s something for everyone! But one glance of the Steamed Crab with Garlic and you know it’s something you just have to get.

As the first and only Michelin-starred brand to come to Cebu (so far, at least), you’ll want to try everything on the menu. But The Four Heavenly Kings — which consist of the Baked Buns with BBQ Pork, Pan-fried Radish Cake, Steamed Egg Cake and Beancurd Skin with Pork and Shrimp — are the perfect dishes to start with.

Order the Roasted Pecking Duck. With its crisp and delicate skin and tender meat, it will be the star of the meal, among equally stellar dishes you’ll pick on the menu. 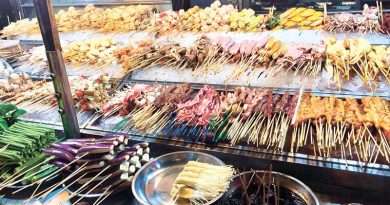 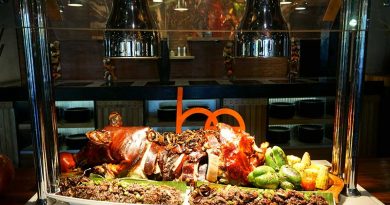