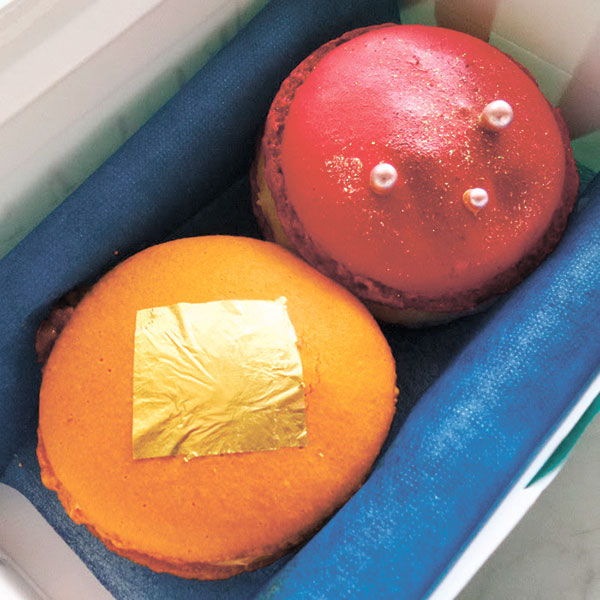 THE mouth is vital. It is the initial focus of gratification. We first find pleasure from oral stimulation — suckling from the breast for satiation and exploration of the environment through gustatory sensations — and from this, a sense of comfort in offerings through this primal orifice. I was off the boob and breezed through the bottle and the sippy cup. The early move from that dependency doesn’t tie in Freud’s theory on fixations with mine on food and when you got by college psychology with a lot of charm you don’t bother figuring that out.

I could almost hear Dante asking abandonment of all hope from all who enter Bocas… the portal… the mouth… from not succumbing to chef Jean Louis Leon and his wife Mia’s palpable passion for pastries and the aromas that pervade the small space. Of course, the delights in store were almost otherworldly.

We began with a Yuzu Éclair. The chef did away with the traditional perfect oblong shape and piped in the pastry with a star-tip to pronounced peaks keeping form though the bake. Crisp, baked exterior immediately layer with the light and airy choux before the delightful cream center. Zested with Yuzu, the sweet and citrusy flavor barely registered as a taste but did more in scent and one would find appreciation in that subtlety. An equally restrained second Éclair offering came with a classic Custard filling and Almond Nougatine for some crunch.

A Sable-Breton made the crumbly base for Bocas’ Calamansi Tart. Calamansi juice was blended with that of lemon to pull back on the former’s intense sour for a very balanced tartness in the crème. A chocolate disc topper weighs down all the brightness with its smooth, dark flavor.

Their Choux pastry was like no other with considerable height almost resembling a small Hokkaido Bun. Crackling with a baked-on Hazelnut Crumble topping, layers of textures again come to play all the way into the Praline Cream filling.

Pineapple caramelized with batter marry the sugar dough base of Bocas’ Pineapple Clafoutis. Some pineapple decorate the top before a drizzling of finely grated coconut. Herb sprouts make for interesting garnishes and dots of Rhum Gel complete this picture of French Tropicana. It’s interesting to note the very restrained use of sugar in all the pastries allowing one to taste the natural sweetnesses of the fruit and other components.

I could almost never say no to iced desserts and that Jean Louis piqued my interest in what he calls “real ice cream” or frozen, fresh vanilla custard had me nodding wordlessly to their Baton Eglace. Versus the milk or cream and sugar base of regular ice creams, the inclusion of egg yolks made for a smoother, creamier and more indulgent texture.

Work was in full swing in the open kitchen space and we were watching the pastry assistants going at cheesecakes with a food-grade industrial spray gun. Inquiry into the process resulted in another sampling. A separately baked cheesecake is layered on a chocolate Sable-Breton base, sprayed with white chocolate and cocoa butter veloutine and finally topped with a scoop of strawberry jelly and fresh strawberry slivers. Real cream cheese always gives a cheesecake credibility. The veloutine adds a velvety finish while the jelly adds a bit of tart to cut through the rich flavors.

Even with the aforementioned restraint on sugar being a constant in all their items, it started to become a struggle to finish everything for the reason of sheer number as more made their way to our ledge space. “Please don’t feel that you have to finish that.”, Jean Louis offered. One very notable thing about the French is the attitude towards culinary enjoyment — that it is more necessary to taste a little bit of everything than to finish it.

Time quickly flew by with food, stories and food stories and we were not allowed to leave without another gift of His & Hers Macarons. His is a muted caramel cream-filled macaron with the secondary crunch of a chocolate croquantine topped with an edible gold leaf. Hers has a lychee-rose cream and raspberry jelly center topped with edible glitter and pearls.

The mouth is vital and, yes, oh yes, we willingly submit ours to everything from Bocas Modern Patisserie. 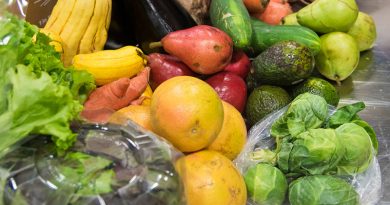 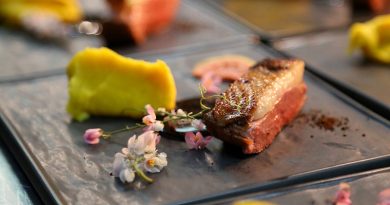 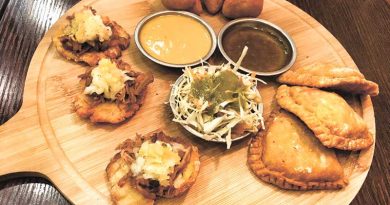