In 'Shape of Water,' a Technicolor ode to outsiders - Weekend 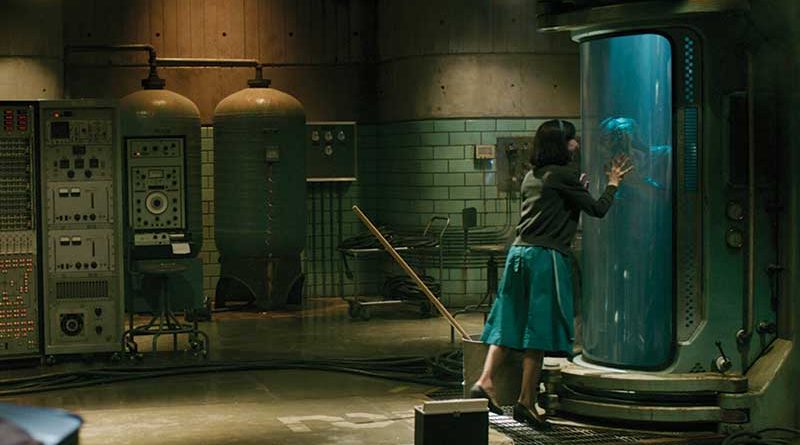 A WARM, generous spirit of affection and insurrection washes over Guillermo del Toro’s “The Shape of Water,” a Cold War-era fairytale that submerges you in the fantastical realm of the director’s Technicolor imagination only to swell into a watery allegory for today.

It is, one suspects, the monster movie Del Toro was born to make. Lushly composed, vividly realized, “The Shape of Water” is lovingly designed to send you floating out to sea on a carnal bed of enchantment and acceptance. If that sounds a little much, that’s true, too, of “The Shape of Water.” It’s an exceedingly dreamy movie so intoxicated with itself that it’s sometimes easier to admire Del Toro’s classically composed film than to genuinely swoon for it.

With shades of “Beauty and the Beast,” ”The Shape of Water” is about a love between a mute cleaning lady, Eliza (Sally Hawkins), and a merman (Doug Jones) who has been captured from the Amazon and hauled back to 1962 Baltimore by a cattle prod-wielding military man named Stickland (Michael Shannon). At a secret government laboratory where Eliza and her talkative friend Zelda (Octavia Spencer) mop up blood, the amphibious man is studied and tortured but mostly kept chained in a murky pool so he can’t be taken by the Russians.

Eliza lives — and this is one of those touches a little too on-the-nose — above a grand movie palace where business is drying up. Her friend and neighbor is a gay, out-of-work artist named Giles (Richard Jenkins), who draws wholesome pictures of nuclear American families for an advertising company he used to work for. It’s his voice, in the movie’s glowing opening, that introduces the tale of “the princess without voice.” The camera drifts through a flooded apartment where Eliza sleeps on a floating divan while Alexandre Desplat’s romantic score thrums.

We later learn that Eliza is an orphan whose throat was thrashed as a baby, and who was found in a river. So she has a kind of affinity for water, and, after setting an egg timer for precision, masturbates in an overflowing tub. Her courtship with the merman begins with an egg, too, only with the crackle of an opened hardboiled, which she sets out for the creature.

Del Toro’s fables may be sweet, but they aren’t tame. (His latest is most connected in spirit with his wartime fantasy “Pan’s Labyrinth,” set in Franco-era Spain.) One of the best things about “The Shape of Water” is that it’s a fairy tale that not only doesn’t hide from sexuality, but fully embraces it. The movie’s lustful soul is written across Hawkins’ face as it lights up in mischievous delight.

A love story between two voiceless creatures — one finned, the other not — “The Shape of Water” is a fable to counter the one America long told itself and that some still cling to: of the supremacy of the straight, white, male Bible-thumper. “We’re created in the Lord’s image,” says the married, Cadillac-driving Strickland. He’s talking to Eliza and Zelda and quickly corrects himself that it’s more him who appears godlike.

Eliza, Giles and Zelda are all second-class citizens, at best, in the world of “The Shape of Water,” but they — along with a rogue Russian spy (Michael Stuhlbarg) — will plot what amounts to an uprising. Del Toro’s movie dream is one where outsiders of any kind struggle to free themselves from the chains of supposed “decency.” The film’s rousing call-to-action is a silent one, signed by Eliza but with her words captioned across the center of the screen: “If we do nothing, neither are we.”

Nothing is out of place in “The Shape of Water,” especially its heart. The cast is universally flawless, as is the lavish production design of Paul. D. Austerberry and the sumptuous cinematography of Dan Laustsen. The film, which won the Golden Lion at the Venice Film Festival, won’t ever surprise you; and you’ll have no doubt of its message. It simply swims along exactly as you’d expect, through currents both whimsical and ominous, as if striving for light from the bottom of the ocean. (AP) 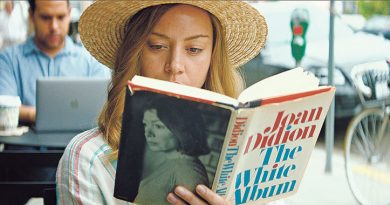 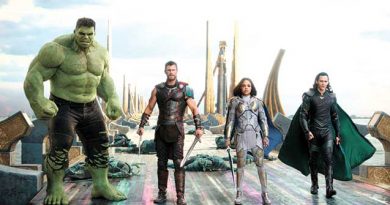