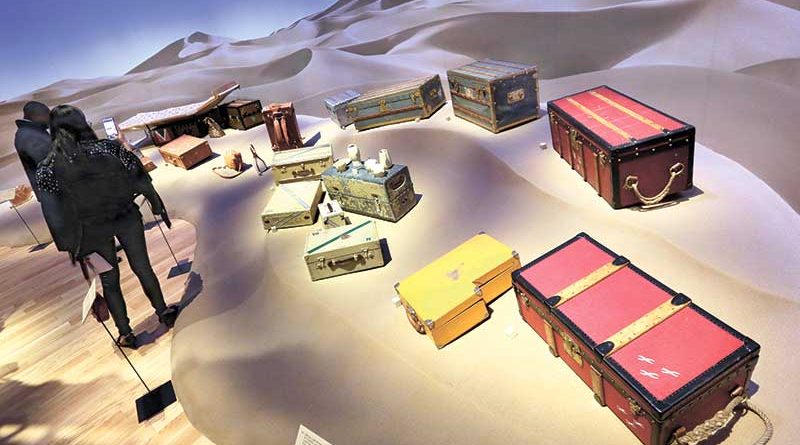 As travel changed, so did Louis Vuitton

NEW YORK — As travel changed, so did luggage.

That’s the story told by an elaborate exhibition about Louis Vuitton, the luxury luggage and fashion brand.

The exhibition, free to visit and on display in Lower Manhattan through Jan. 7, is called “Volez, Voguez, Voyagez,” which means fly, sail, travel. It showcases the company’s history, products and craftsmanship, demonstrating how designs changed with the evolution of travel. Luggage was designed first for transport by wagon, then for travel by sea, on trains, in cars and planes.

Trunks and bags are shown behind glass like works of art in a series of museum-like galleries. Lids open to reveal intricate compartments as if they were the contents of treasure chests. Included are cases and carriers designed for everything from toiletries to hats, from picnics to art supplies. Trunks with small drawers protected fragile objects; standing trunks had roll-out wardrobe racks so clothes could be hung, not folded. A plane is on display, along with a boat.

There’s even a room where human artisans show how they cut leather and snip threads for luggage tags and handles, living proof of the craftsmanship behind the brand.

The company’s history begins with Louis Vuitton himself. He started a trunk-making business in Paris in 1854 after leaving his village in eastern France and working for a box-maker. His designs were strong but light, distinguished by patterned motifs. The luggage has been a favorite of the rich and famous going back to Napoleon’s wife Empress Eugenie, with later clients ranging from artist Henri Matisse to banker J.P. Morgan.

John Wanamaker began to sell Vuitton luggage in his American department stores after meeting Louis’ son at the 1893 Chicago World’s Fair. The brand remains a favorite today among celebs from the worlds of fashion and Hollywood.

The exhibition’s timing coincides with the holiday shopping season, and the location is in New York’s financial district. But most visitors will likely lack the means to buy Vuitton products, which can run in the thousands of dollars. Still, attention-getting temporary displays like this are becoming a standard way for brands to tell their story.

“Many of these brands pop something up, draw a big audience, get some publicity, get reporters to talk about it,” said Larry Chiagouris, professor of marketing at Pace University’s Lubin School of Business. “You don’t need to be there 12 months a year. You just need to establish a little publicity and move on.”

Chiagouris says this type of showcase can also be far more effective than a traditional ad campaign. “Ads are very fleeting and don’t generate the kind of independent interaction with a brand the way an exhibit would,” he said. A show like this “takes something that has almost become wallpaper and suddenly puts it into your current mindset and consciousness.”

Exhibitions also give designers the space and flexibility to fine-tune their message. In this case, the subdued, museum-like atmosphere creates a “mood that reflects the brand, somewhat elegant and somewhat understated,” he said.

Pace University’s Manhattan campus is near the exhibition site, and Chiagouris said his students have been buzzing about the Vuitton show. They’re working on a competition among business schools to come up with a campaign for Ocean Spray, the cranberry brand, and the concept of telling a company’s story this way, through history, products and workmanship, resonated with them.

“It’s an interactive experience not because of electronics or pressing a button,” he said, but because “you get a sense of the identity of the brand.” (AP) 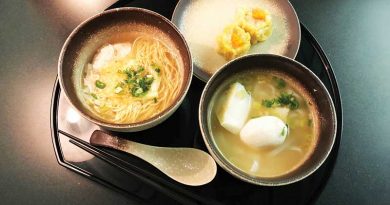 Decked out in luxury 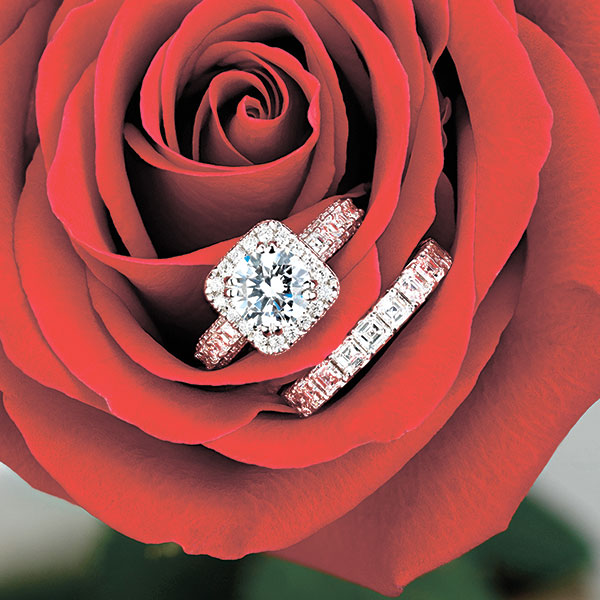 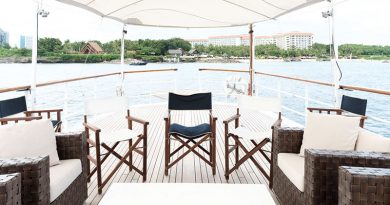 Have yacht, will travel