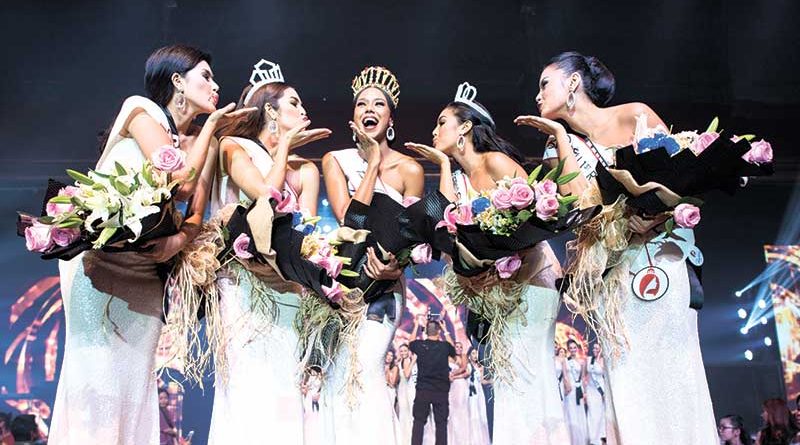 By Patricia May P. Catan
Image by Oscar Macachon

A QUESTION asked quite often is what embodies true Cebuana beauty. The recently concluded Binibining Cebu that presented 54 lovely Cebuanas vying for the crown gave us a clear idea. One Cebuana, though, stood out among the rest of the candidates with her exemplary beauty, poise and intelligence that won the hearts and minds of the judges. Representing the town of Badian, Apriel Smith carries the distinction of being the first Binibining Cebu.

It was her unparalleled determination, effort and focus during each segment that won her the crown, Smith revealed. But what pushed the 21-year-old student this far was her family and her dream of becoming a beauty queen. With the right inspiration and motivation, Smith indeed came out victorious that October 28 evening at the Pacific Grand Ballroom of Waterfront Cebu City Hotel and Casino.

Smith shares this victory with her equally gorgeous court who each embodies the heart of a Cebuana. Bagging the title of Binibining Cebu Tourism is Samantha Lo of Asturias, while claiming Binibining Cebu Charity is Maria Gigante of Bantayan Island. Ingrid Gerodias of Minglanilla came in as first runner-up, while Kathleen Lendio of Danao City completes the court as second runner-up. Smith also won the swimsuit competition held last September 29.

On its first run, Binibining Cebu has created a promising platform that highlights the modern Cebuana and magnifies Cebu on an even larger scale, encompassing beauty, heritage, culture, and commerce of the towns and cities of the province. And being the first Binibining Cebu, Smith is more than up to the task.

Likewise, the Bb. Sugbu Charity Foundation Inc. and the Sacred Heart School for Boys Batch 1985 Foundation Inc. have found their rightful ambassadress in Smith, who sees the title as an opportunity to make a difference and as a way to uplift the modern Cebuana.

A couple of weeks has passed since Smith was crowned the first Binibining Cebu, but to her, the feeling is still indescribable. And though she may have a lot on her plate, the beauty queen is determined to walk the talk.

As Binibining Cebu 2017, Smith shared that she needs to set an example and show everyone that she can do the job while leaving a mark for her future successor. She stated that if she can do it, then the next in line can do the same too, or even better.

Exuding positivity, Smith looks forward to a meaningful reign, saying: “I envision my reign to be fruitful. I hope to leave a mark in my generation by making a difference.” 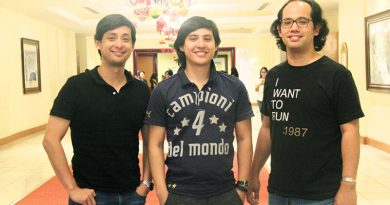 Of Sons and Songs of Christmas 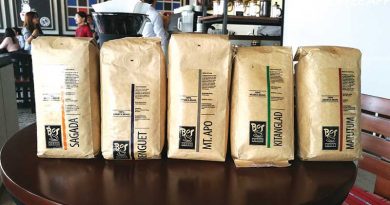