GOING down one of Cebu’s busiest roads might feel a little bit incomplete nowadays. The Gorordo Ave. stretch used to have this bar and restaurant that profusely celebrated Cebuano culture and arts. Albeit dimly lit, it did light up the local music and art scene as one of the best venues for countless events that brought Cebuanos together through thin-crust pizzas, below-zero beer and utterly great music.

Handuraw Gorordo recently closed its doors to the public, which resulted in a huge outpouring of love off and online for the memories that these patrons have shared for a decade in this old house turned restaurant that they have already called their home.

It has been one of the pillars in the growing restaurant scene in Cebu. This homegrown brand has a constant following, filling its walls with good conversations over great local music and even greater food and drinks.

“From the start, we have always relied on the community we have helped cultivate and word of mouth from people who love our pizza, appreciate the ambiance we offer with it, and enjoy the events we and our partners organize,” said Eric Paolo Smith, the owner and manager of the family-owned business. “We are very grateful that so many have been part of our journey and continue to support us.”

Handuraw Gorordo was situated in a 1950s house where people enjoyed its popular thin-crust pizzas, a variety of local bands and artists, and of course, below-zero beer. They closed their doors last June 15, after ten years in that iconic old two-story house that has been the place for so many local events that it would be safe to say that Handuraw has helped the art and music scene of Cebu grow to what it is today.

“We truly did not expect such a huge outpouring of love from our longtime patrons and artists. During the final weeks before closing Handuraw Gorordo, the messages and posts we received both overwhelmed us and validated our efforts to keep the spirit of Handuraw as strong as ever in our other branches,” Eric said.

Even though they are leaving from the famous Gorordo branch, Handuraw still has four branches left, all ready to serve its patrons with as much gusto as it has in the past decade.

Handuraw White Gold and Mango Square will take on the mantle of being its events cafe, while people who enjoy their delicious thin-crust pizzas and other food and beverage offerings can grab them at their branches at JY Square, Canduman and soon at North Park in Mandaue.

Aside from Handuraw, Eric and his family has also recently opened two new dining concepts, Books & Brews Cafe and Sa Kanunay Karinderya, which are both in Mango Square Mall. Those who might feel nostalgic for the cool and homey vibe that Handuraw Gorordo had may find many of its elements at Sa Kanunay Karinderya’s décor, such as its paintings by local artists and the rattan chairs.

Handuraw Gorordo saw so many artists, bands, singers, music and art lovers and all kinds of people walk through their iconic red door. With ten years under one cozy roof, it’s no wonder so many people have shared many fond memories in Handuraw Gorordo’s walls. SunStar Weekend talk to some of their patrons who have made a home at Handuraw Gorordo to share their memorable experiences at the homegrown restobar.

“I shot 2 short films there. The first was “Ina-Tay” (Mother-Father) which became a finalist at the Cinemalaya Film Festival last 2014 under the New Breed Short Film category. The second short film I shot was “Pahiyom Alang Kang Evelyn” (A Smile for Evelyn) which won Best Story and 3rd Best Short Film at the 2015 Sinulog Short Film Festival. It also won the Audience Choice Award at the 2015 Singkuwento International Film Festival. I also shot a music video there for the local band Foc Fashion entitled “Two Pound Relationship”. A lot of film concepts and ideas were also conceived within the walls of Handuraw, Gorordo since my film friends and I would usually hangout there.”

“I usually go there when I perform or watch some of my favorite local bands play while eating pizza and the best part about it is that I made lots of friends, witnessed too many intimate gigs and drank too many iced teas. Above all, one of my most memorable moments in Handuraw was when my circle of friends were sharing the same table despite being very busy with school or work, so that night was one of the rare times we got to spend with each other. No booze, just plain catching up and enjoying our pizza. Not to mention it was a dinner treat from one of my closest friends and who can’t say no to “libre”, especially when it’s Handuraw pizza? Thank you Handuraw, Gorordo for the beautiful memories!”

“I love everything about Handuraw Pizza Gorordo. Aside from its great food, excellent service, and cool interior, what makes this place amazing is that it is not afraid to show its support for local artists. My first gig at Handuraw slash my first gig ever as a solo performer is definately one of the best memories I have of this place. It involved awkward dead airs, cold, clammy hands, and forgetting the lyrics to my own song. But what made that moment so special is that Handuraw made me feel like it is okay to be human. There must be something about the kind of crowd Handuraw attracts as well. They sure know how to have good fun the Cebuano “inato” way. Handuraw feels like home.” 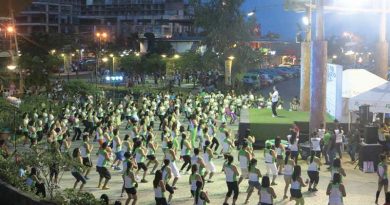 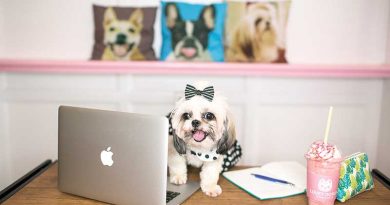 Six Pawsome Facts about a Café for Doggies 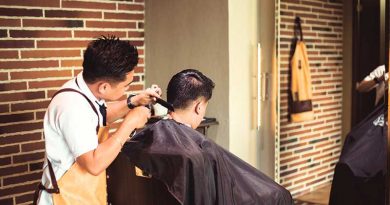