However, I was wrong, Fujifilm always makes products with the consumers in mind.

First stop, size. During the launching of GFX 50s, I tried it and it feels like holding my Canon 5D. Size and weight are very similar except for the sensor inside that’s 1.7 times bigger. It felt good in my big hands and easy access to camera settings with the straight-forward dials that Fujifilm is known for.

Surprisingly, there’s a small rectangular LCD on top of the camera that displays the camera setting, Something you don’t see in their other cameras. There are three available lenses that you can choose from, and I was having a hard time converting the focal length to 35mm. My brain is hardwired to 35mm viewing angles.

According to Niko Villegas, fashion photographer and Fujifilm Ambassador, the price point is a solution. For a medium format body only price of the competitors, you get to have three lenses and a medium format body with Fujifilm. If medium formats are just a dream to have before, with the GFX 50s, it looks like it’s something to look forward to.

Looking at the photo of Jan Gonzales taken using Fujifilm GFX50s, the sharpness of the image is just superb. When I asked Jan what he thinks about the quality of the camera, he just said it’s simply amazing how much you can get out of medium format. He said it’s common to have focusing problems with medium format cameras, but you can exclude the GFX 50s in that list.

He said that when he received that test unit, he was discouraged as the focusing performed similar to other medium format cameras. But after the firmware was upgraded, the focusing was blazingly fast. He said that unlike the typical focusing point used by DSLR, mirrorless offers focusing points up to the edge of your view, something that is very useful when shooting off-center subjects.

Niko Villegas said that as a commercial and fashion photographer, a medium format is a must since some major agencies and clients require it. He said that with the price point and the quality expected out of any Fujifilm camera, it’s really a solution.

I think the release of Fujifilm GFX 50s is a game changer. Just like the time they released the X-series, it changed the way you see photography, whether you’re a professional or an enthusiast. I’m a hardcore DSLR user, although I’m impressed with the mirrorless technology, I never entertained shifting. Maybe now, who knows? 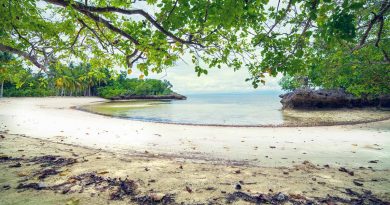 What lens to buy