Men on the move - Weekend 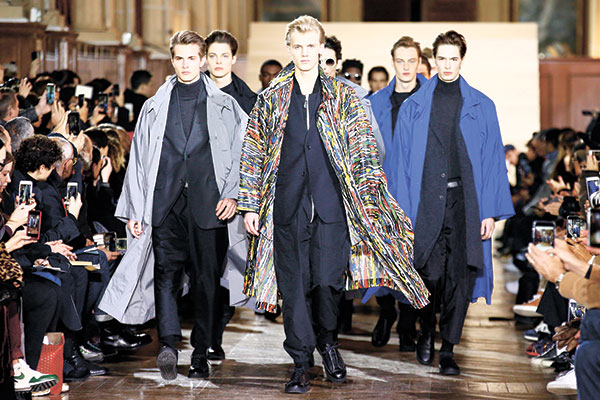 Urban outfits that can weather the extremes of nature was the highly prescient theme at Issey Miyake at the Paris Menswear Week.

Fashionistas holding coffee cups braved the frosted gardens of Paris’ Jardin des Plantes Thursday morning for the fall-winter 2017 collection, but the clothes on the catwalk provided some functional ideas for how to embrace nature instead. 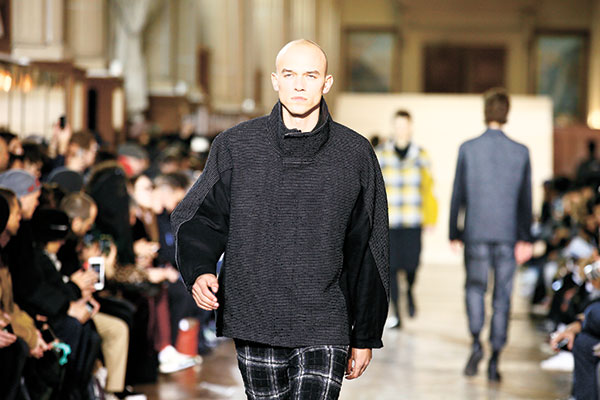 Textured shirts hand-printed in pop patterns and inspired by white birch forests jazzed up the start of the show. But the style crescendo came later — in loose sweaters and cardigan jackets conceived in luxurious wool-cut jacquard that reflected the changing hues of autumn leaves.

A 1983 archive coat in divine violet also was a standout, cut beautifully in long billowing proportions of washed nylon taffeta.

Fashionistas might be pleased to know that the garments were, according to the program notes, all lightweight and wrinkle-resistant — and could probably endure other kinds of fall. 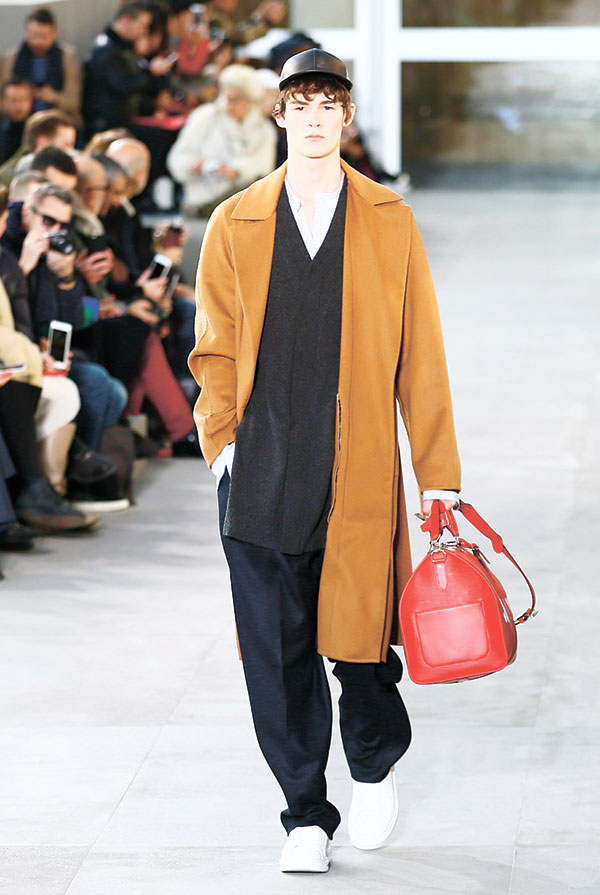 Travel-conscious Louis Vuitton looked to the Big Apple for inspiration this season, producing a collection that celebrated New York of the 1970s, 1980s and early-1990s for the Paris Menswear Week.

And what better way to celebrate than with a collaboration with luxury street wear Supreme, a clothing brand established in New York City in the mid-90s.

The chic, loose-tailored coats recalled the late artist Jean-Michel Basquiat in Manhattan and mixed with logo-filled denim to summon Harlem of the ‘80s to nice effect. 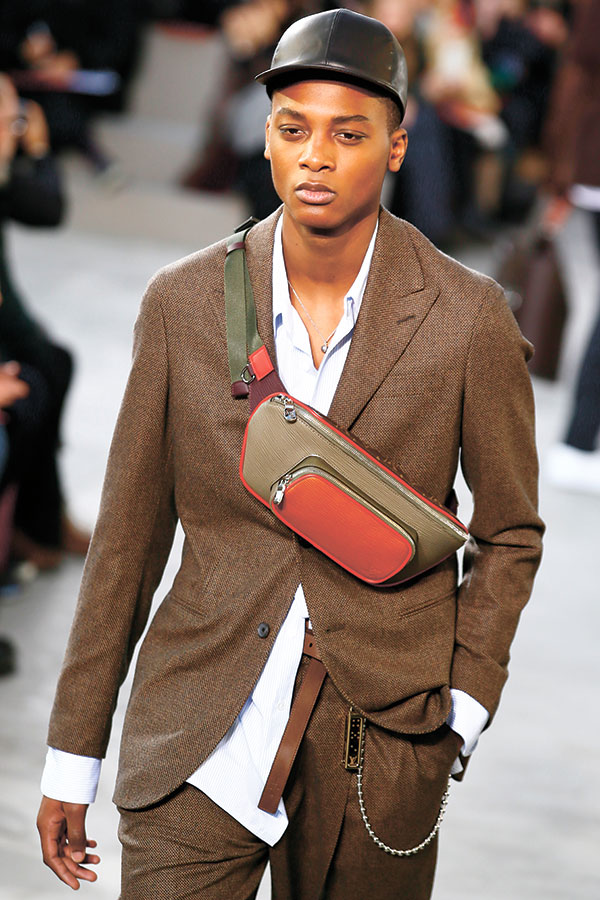 Excessive glittering jewelry, meanwhile, was more than reminiscent of the heady days of Studio 54.

But this was a Paris show at heart. The printed French silk shirts, workwear items in luxury cashmere and alligator, as well as the venue — Paris’ Palais-Royal) — ensured no one forgot that.

It was a nice touch that reined in the edginess and recalled the heritage house’s classical roots. 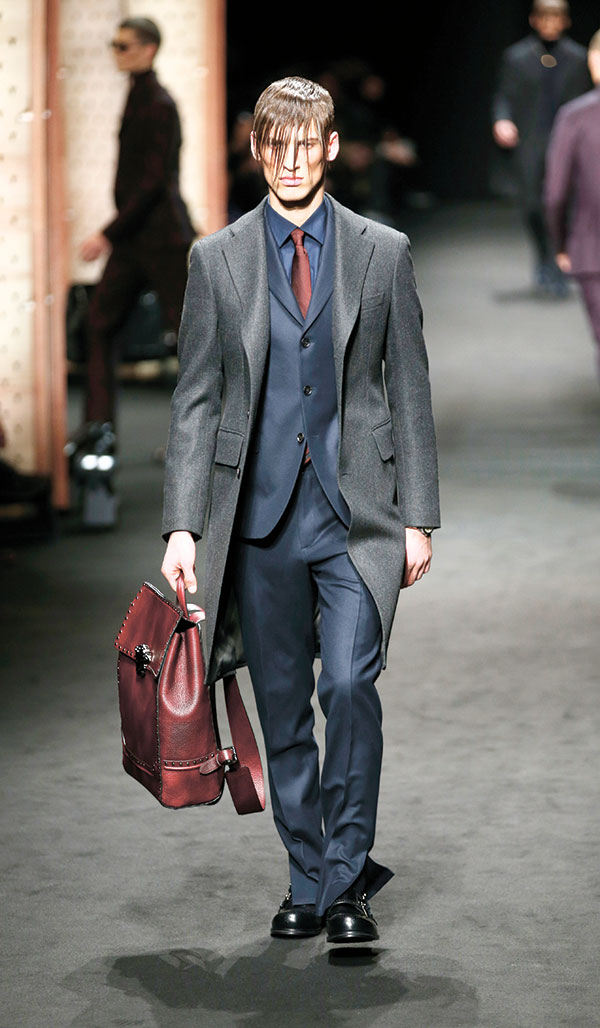 The new Versace man is both a traveler who means business and a sportsman who knows how to relax.

His suits fit close to the body, paired with dark glasses and two-toned sneakers, topped with double-breasted overcoats, knitted blanket jackets or belted trenches. After hours, he relaxes with hoodies under bomber jackets, worn with the day’s trousers or athletic pants. And on the weekend, he hits the outdoors in plaid shirts and shearling coats.

At the Milan Fashion Week, models crisscrossed the runway beneath arched gates, suggesting a Middle Eastern market. The exotic vibe also was reflected in ethnic patterns that cut diagonally along jackets, or were put tile-like on bombers.

Versace’s neoclassic Greek patterns were replaced this round with photographic prints of classical sculptures.

“This is a collection about the different tribes of Versace men,” Donatella Versace wrote in show notes, “and the powerful positivity that can happen when men from different places, different cultures join together.”

Look the festive part with Sinulog 2016 Cut and Style 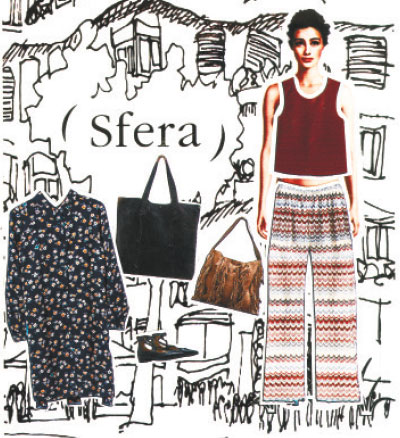