THREE years and traffic-ridden Cebu can take advantage of a monorail system. This is according to an investment group composed of Filipino, Chinese and Canadian proponents, which considered their proposal as a “long-term solution” to the traffic problem plaguing the cities of Metro Cebu. In a recent news report in SunStar, the investment group had already met some of the local government leaders in the Metro for an initial study on the proposed monorail system.

Monorail is a type of railway with a track that is single rail, according to the website Train History. This transport system was invented by a Russian, Ivan Elmanov, but it was Henry Palmer of the United Kingdom who got the patent for this idea. The first monorail was built in London.

During the 1980s, the monorail system became popular in countries like Japan, which has one of the busiest monorails in the world in Tokyo.

The advantage of a monorail over other similar transportation systems like the light rail transit (LRT) and metro rail transit (MRT) is that the main columns, just a little more than one meter in diameter each, are slender and would not require intensive widening of streets to accommodate it. In the website of the Seattle Center Monorail, it was noted that the elevated nature of the transportation system does not interfere with street and pedestrian traffic. It is usually quiet when it is operated and is cost effective.

While some government leaders are expressing their support to this idea, SunStar Weekend readers getting their brain gears running and share their thoughts on yet another possible solution to the headache-inducing road traffic in our cities.

“Given the land area of Cebu, the monorail system is best to resolve traffic congestion issues. Monorail system is generally safe, they run on exclusive grade-separated guideway making derailments almost impossible; they have excellent safety record. Monorails are also efficient. Comparing it to light rail and heavy system, it operates with amazing reliability. Given the urgency of the traffic concerns, the monorail system of construction is generally fast and disruption-free. Although monorails are a bit costly and aesthetically disturbing, it is still better compared to light rail and heavy system. At the end of the day, good planning is a MUST for immediate resolution of traffic concerns.” — Araceli Jayne Canonigo-Culibra, chairperson, Department of Fine Arts (University of San Carlos)

“I would agree to have a monorail system in Cebu. I was able to experience riding in a monorail train in Australia and it covers a few advantages. Based on its structure, the monorail runs on single straddle beam and it has pneumatic tyres rather than a common Metro, which runs on two rail tracks with metal wheels. It is also very convenient to have a monorail system that basically hangs on rails, so it requires less space and it can be more flexible than a metro because they can take very sharp turns. The monorail system may be good public transportation option to us Cebuanos, but we should also not eradicate the presence of jeepneys, which is a very iconic public transport in our country. We’re proud to have such unique kind of transport.” — Grace Ann Culpa, architect

“No. Monorails are less efficient in urban areas as movement is only one direction at a time. Monorails will require permanent infrastructure, which often cause urban blight unless properly maintained. Monorails have lesser passenger capacity, which should be one of most important metrics for choosing the mass transit system for Cebu.” — Donn Frank Rabanes, lawyer

“Well, judging from the traffic that Cebu has been suffering nowadays, oo in favor ko. I’ve lived half of last year in Manila and I found the presence of trains convenient. However the lines or routes could be problematic. Even with this proposal, I hope that our leaders would still improve and widen our roads and promote responsible purchasing and ownership of cars so that the monorail project would not be wasted in the future. There are just too many privately driven cars in our streets today.” — Jem Cubil, singer 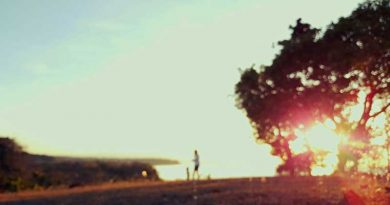 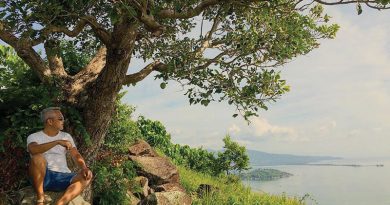 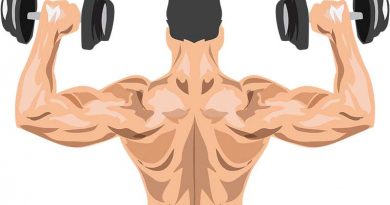