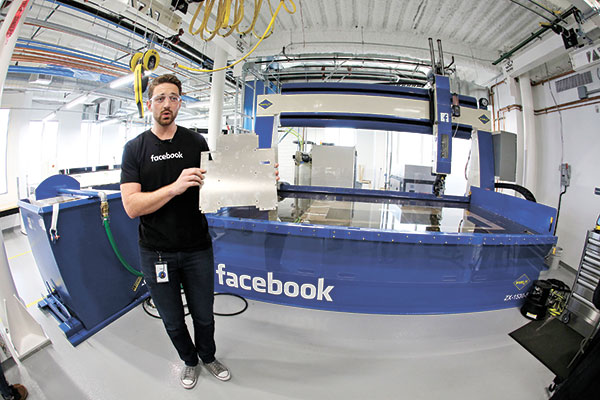 CALIFORNIA — Facebook built its fortune on the internet, that non-physical space where people share updates and digital videos with friends. But deep inside its Silicon Valley headquarters, engineers have stocked a new lab with computerized lathes, industrial mills and tools for making physical goods.

It’s not a factory for mass-producing smartphones or other consumer products. Rather, it’s where engineers will be working on some of the high-tech gadgetry needed for the company’s long-term plans to connect people through smart devices, virtual-reality headsets and high-flying drones that deliver internet signals via laser to remote parts of the world.

“When you think about connecting the world, you have to build different types of hardware to help people connect,” said Jay Parikh, Facebook’s head of engineering and infrastructure.

To get virtual reality right, he added, Facebook needs to refine hardware such as lenses and processors.

The lab will be a space for engineers to design energy-efficient servers for Facebook data centers, test new laser mounts and drone propellers and perfect a prototype 360-degree video camera that Facebook unveiled at a conference in April.

Facebook announced the lab’s opening Wednesday and invited journalists for a tour. It’s been dubbed Area 404, an inside joke that plays off the “error 404” message internet users see when they try to visit a web page that can’t be found. Facebook says its engineers had long talked about wanting such a workspace, but it couldn’t be found because it didn’t exist until now.

The company won’t say how much it spent on the lab, but it took months to build the facility, which is about a third the size of a football field, inside a refitted office building on its main campus.

The lab has long workbenches for electrical engineers to spread out their gear and a room full of the lathes and milling machines, each the size of a small truck. It also has a water-powered cutting machine that can slice sheet metal several inches thick, an electron microscope and a CT scanner to examine how materials react to heat, electrical surges or other stress. (AP) 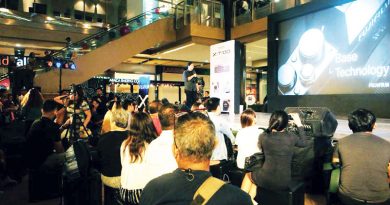 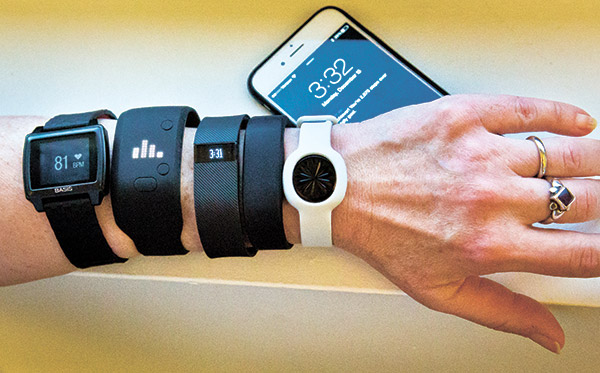 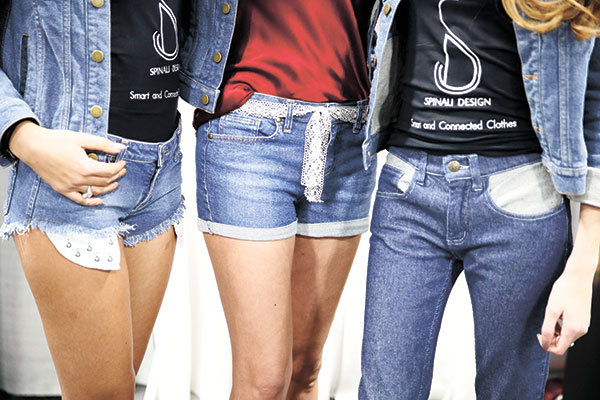