‘Girls on Fire’ - A novel by Robin Wasserman - Weekend 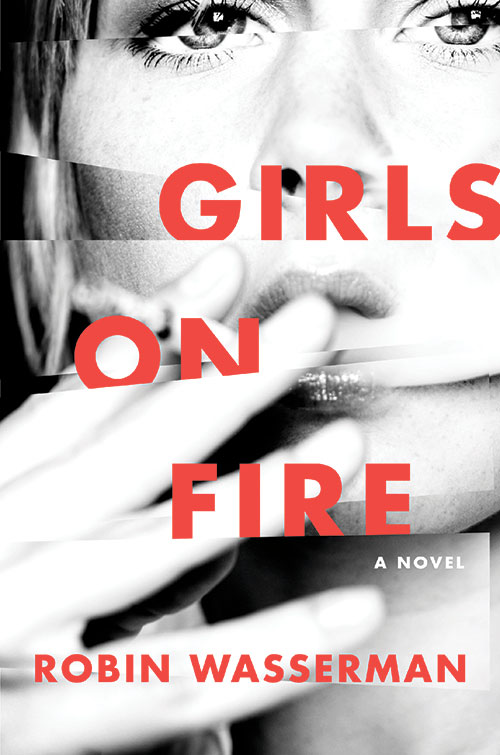 IT’S 1991 and Hannah Dexter is making her way through high school in Battle Creek, Pennsylvania, trying to fit in without attracting too much of the ire of queen bee and mean girl Nikki Drummond.

Then two things happen: The school is shaken when Nikki’s boyfriend Craig, a popular high school athlete, is found shot dead in the woods, an apparent suicide, and Hannah meets Lacey Champlain, the school renegade.

Hannah and Lacey bond over their mutual outsider status, and Hannah quickly becomes malleable clay in Lacey’s hands: She renames her Dex, introduces her to Doc Martens and Kurt Cobain, and pushes her further and further away from good-girl status into wild-child terrain: drinking, sneaking out and even dabbling in quasi-Satanism.

Author Robin Wasserman depicts the all-consuming, borderline obsessive nature of teenage friendships with a deft touch in “Girls on Fire.” Chapters labeled “Us” alternately tell the story of Lacey and Dex’s deepening bond and increasingly reckless behavior from each of their perspectives.

It turns out nothing is quite what is seems. Wasserman turns the usual high school stereotypes — the good girl, the popular girl, the outcast — by revealing unexpected relationships between the characters.

The novel moves into shakier terrain when it expands beyond the world of Lacey and Dex into chapters told from the point of view of Hannah’s parents. And while the characters have more depth than their high school stereotypes initially suggest, they never quite feel fully fleshed out, either.

“Girls on Fire” depicts the dark side of teen years in a vein that echoes movies like “Heathers” and the high-school noir novels of Megan Abbott.
As the book progresses, Lacey and Dex’s combustible friendship erupts into a fight, culminating in a disastrous party, and alliances begin to shift among Lacey, Dex and Nikki.

Though at times more smoke than sizzle, “Girls on Fire” is an enveloping page-turner that could be a good beach read for those who like some darkness with their sun rays. (AP)

‘The Martian’ by Andy Weir