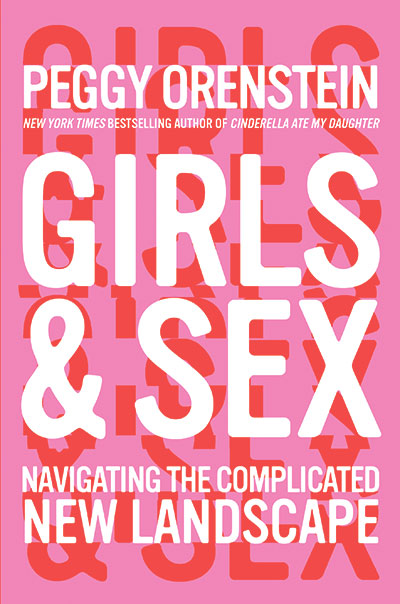 A FEW years ago, journalist Peggy Orenstein wrote a book called “Cinderella Ate My Daughter.” In it she examined the ultra-feminine values of “girlie girl” culture and wondered what impact the “princess industrial complex” would have on little girls, her own included.

As her daughter got older, Orenstein realized, with a certain amount of trepidation, that it was time to investigate what was ahead for her as she approached puberty. Those findings form the basis of her latest book, “Girls & Sex,” a smart, sobering guide to the sexual lives of young women today.

As a staunch feminist who came of age believing that men and women should be treated equally, including in the bedroom, Orenstein could only shake her head in disbelief.

“Were we moving forward or backward?” she writes. “Did today’s young women have more freedom than their mothers to shape their sexual encounters, more influence and more control within them? Were they better able to resist stigma, better equipped to explore joy?”

To find out the answers, she interviewed a host of psychologists, sociologists and other experts as well as dozens of young women who spoke candidly about their experiences with physical intimacy.

She didn’t lose hope. In the final chapter, Orenstein argues for a new model of sex education that presents sexual exploration as a normal part of adolescence based on mutual consent and shared pleasure, and for a new model of sexuality as “intimate justice” touching on larger issues of gender inequality, economic disparity and power dynamics.

For her daughter and all the girls she interviewed, “I want sexuality to be a source of self-knowledge and creativity and communication despite its potential risks. I want them to revel in their bodies’ sensuality without being reduced to it. … We’ve raised a generation of girls to have a voice, to expect egalitarian treatment … Now it’s time to demand that ‘intimate justice’ in their personal lives as well.” (AP)

‘The Monk of Mokha’