IF you’re one of those people — and I’m with you — who roll your eyes when handed a pair of 3D glasses at the multiplex, wondering if all this rigmarole is REALLY necessary, then take heart: The lovely, color-popping visuals in “Kung Fu Panda 3” are well worth those darned glasses.

And the evocative DreamWorks Animation visuals are accompanied by just enough heart, witty dialogue and kid-friendly humor — anything about gorging on dumplings, for example — to make this an all-around extremely satisfying third installment in the popular series. Like a well-made dumpling, it’s not too heavy but not too light, has the right amount of spice, and leaves one with some appetite for the next time.

Much of the appeal of the “Panda” films is, of course, the starry cast of voices, and it’s fun to try to figure out who they are, rather than informing yourself beforehand (but if you do, stop reading here). Of course, you’ll already know that Jack Black is back, and in fine shape, as Po, our rotund panda hero and reluctant Dragon Warrior.

Black’s goofy persona is perfect for lines like, when he discovers other pandas don’t use chopsticks to slow them down: “I always KNEW I wasn’t eating up to my full potential!” That was my personal favorite, but the kids in the audience were overwhelmingly partial to this one, hurled mockingly by the overmatched Po at his taunting, evil opponent: “Chitty, chitty, chat, chat. Chat, chat, chat.”

The film, directed by Jennifer Yuh Nelson and Alessandro Carloni, begins in the spirit realm, where Oogway, the ancient kung fu master (and tortoise), is suddenly attacked by the villainous bull Kai, a former friend. Kai has been spending the last few centuries collecting all the “chi” power from kung fu masters and storing it in amulets. His goal is to bring his supernatural army to the mortal world and defeat Po, his anointed opponent.

But the important thing to know about Kai — Master of Pain, Beast of Vengeance, Maker of Widows — is that he’s voiced by Simmons, the Oscar-winning “Whiplash” actor who terrorized poor Miles Teller as a nightmarish jazz band conductor. This guy knows from cruelty.

Luckily, Po feels totally confident and up to the task. NOT! But first, an update: Our roly-poly friend has been busily goofing around, as usual, when the old master Shifu (Dustin Hoffman) informs him he must take over the task of teaching kung fu. “ME teach?” Po asks. Shifu replies: “If you only do what you CAN do, you will never be more than what you are now.”

If that weren’t enough drama, Po’s biological father, Li, has turned up, causing consternation for Po’s adoptive father, Mr. Ping (the very funny James Hong). “How do we know he’s even related to you?” Mr. Ping — a goose, of course — says angrily, as the pandas happily bump bellies.

Po decides to journey with Li to the secret mountain enclave where pandas live to master his own “chi,” which he’ll need to defeat Kai. In this charming sequence, set in a gorgeous Shangri-La-like setting, Po meets — and hugs, and hugs — his extended panda family. They include adorable young’uns (a couple are the offspring of Angelina Jolie, who’s back here as Tigress) and a sexy ribbon dancer, Mei Mei (Kate Hudson, hamming it up).

Ultimately, this is a story about having the courage to live up to one’s potential — a potential one might not know one had. “I like who I am,” Po says early on. “You don’t even KNOW who you are,” Shifu replies.

It’s a conversation we could all have with our kids. Ideally, we’d soften it with some wit and a whole bunch of dumplings. Three stars out of four. 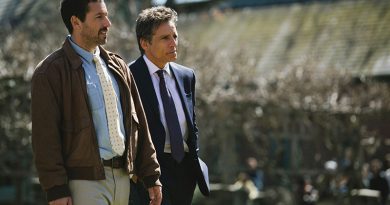 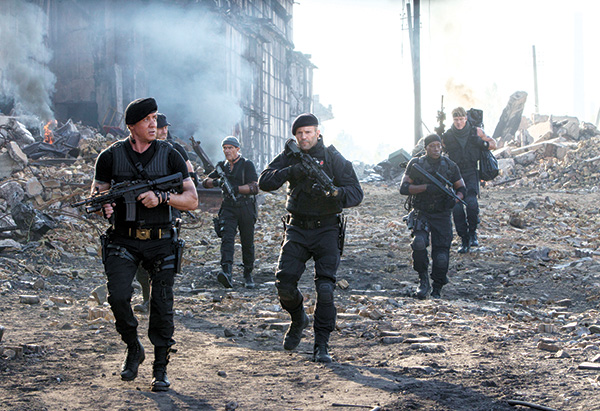 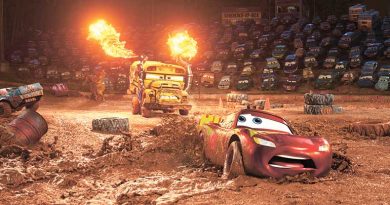 There’s more under the hood of ‘Cars 3’