‘The Japanese Lover’ - A Novel by Isabel Allende - SunStar 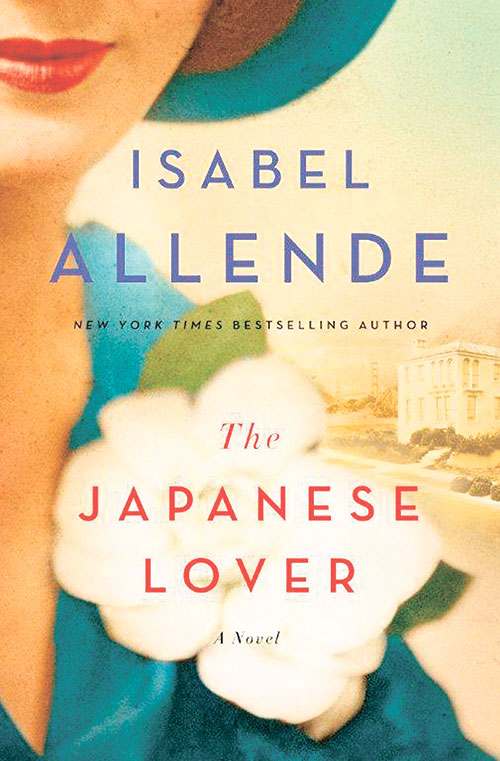 ISABEL Allende is partial to strong women, courtly manners and leftist politics. In her latest novel, “The Japanese Lover,” she delivers all three in a stirring romance about a passionate love affair between a Jewish refugee from Nazi-occupied Poland and a Japanese-American gardener.

Fans of “The House of the Spirits,” Allende’s best-selling debut novel set in her native Chile, will recognize common themes, including an affection for ghosts, alternative medicine and childhood romances that endure into adulthood.

Her latest effort, a sweeping historical novel with some fantasy elements, opens in Lark House, a progressive retirement community in the San Francisco Bay Area with a “faint odor of disinfectant, old age, and — occasionally — marijuana,” and moves back and forth in time to introduce a geographically and culturally diverse set of characters.

First, Alma Belasco, the matriarch of a wealthy Jewish family in San Francisco who emigrated to the United States as a little girl when the Nazis invaded Poland; next, Ichimei Fukuda, a Japanese-American whose immigrant father worked as a gardener for Alma’s uncle before the war and whose family was interned after the Japanese bombed Pearl Harbor; and also Irina Bazili, a recent refugee from Eastern Europe who harbors a terrible secret — as do a few other major characters.

Many passages are deeply moving, especially those dealing with the hardships of aging. Alma discovers she needs “to find ways to avoid stairs or to guess the meaning of a sentence she hadn’t truly heard.” Ichimei, meanwhile, confronts the inevitable with equanimity.

“You are afraid our bodies will fail us, and of what you call the ugliness of age, even though you are more beautiful now than you were at 23,” he writes to Alma. “We’re not old because we are 70. We start to grow old as soon as we are born.”

It’s easy to scoff at some of Allende’s conceits, including her tendency to make Ichimei and his parents preternaturally stoical and wise. She can also come across as a Pollyanna, writing, for example, that Lark House residents “were conclusive proof that age, despite all its limitations, does not stop one from having fun and taking part in the hubbub of life.”

Yet she is a dazzling storyteller, with a wry, sometimes dark, wit and a great eye for society’s changing fashions. She may be writing a fairy tale for adults, but like the best of the genre, it’s almost irresistible. (AP)

‘Missing You,’ by Harlan Coben

‘You Must Remember This: Life and Style in Hollywood’s Golden Age’