‘Speaking in Bones’ A Novel by Kathy Reichs - SunStar 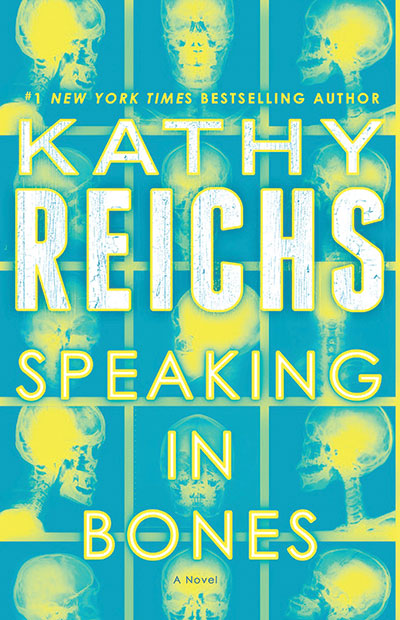 A HALLMARK of Kathy Reichs’ Temperance Brennan novels is how she incorporates a solid knowledge of forensics in a way that a novice can understand the intricacies, yet still appeal to an expert in the field.

In “Speaking in Bones,” Reichs uses Temperance’s work as a forensic anthropologist in an involving, complex plot that combines science, missing persons, fanatical religion and amateur sleuths. This latest novel in the series moves at a brisk pace, taking the reader deep into the investigation.

Hazel “Lucky” Strike belongs to a group of “websleuths,” amateur detectives who troll the Internet looking for cold cases they can solve on their own. Lucky wants Temperance to listen to a taped recording she found in the mountains of a woman being terrorized.

Lucky believes the recording was made by Cora Teague, an 18-year-old who disappeared more than three years ago, and whose bones may be in the Mecklenburg County, North Carolina, medical examiner’s lab. Temperance has little use for Lucky and websleuths, but she’s intrigued with being able to close any cold case.

The case takes Temperance from Charlotte to rural North Carolina, where she teams up with local deputy Zeb Ramsey, who proves to be a formidable investigator. But the investigation stalls from the beginning. Cora’s deeply religious family never reported her as missing, believing she and a local boy had run away, even when more bones are found in the mountains.

While Temperance usually splits her time between North Carolina and Quebec, Canada, “Speaking in Bones” keeps her grounded in North Carolina, affording a breathtaking view of the state, from its mountain ranges to its rural towns.

Fans of the TV series “Bones,” based on Reichs’ series, are used to a different Temperance in the novels. While the author occasionally makes reference to the TV series, the Temperance of the printed pages is a bit older and less socially awkward — but both are insightful scientists.

A flaw from the book series’ beginning is Temperance’s penchant to rush head-on into situations that she knows may be dangerous, as she does in “Speaking in Bones.” She’s smarter than that.

Despite this, “Speaking in Bones” keeps the suspense high and, for the most part, believable. (AP)

‘Girl in a Band’ – A memoir by Kim Gordon

‘100 Days of Happiness’ — A novel by Fausto Brizzi