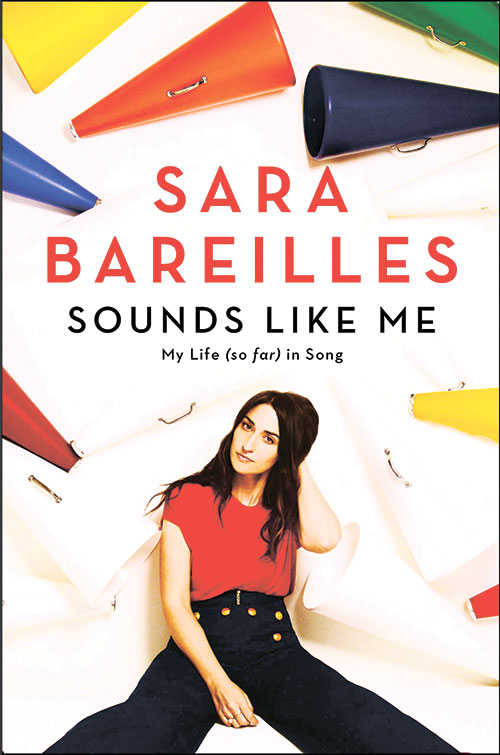 SINGER-SONGWRITER Sara Bareilles is a five-time Grammy nominee. It makes sense that she would approach writing a book about her successful career in the music industry by organizing each chapter by hit songs instead of life events. Bareilles chronicles the pain of adolescence, the resilience of a starving artist and the reality of being a celebrity with thought-provoking lyrics.

Bareilles shares childhood stories about being a theater kid and how her natural talent for music was always encouraged. She opens up about struggling with body issues and her parents’ unexpected divorce. However, it was a gut-wrenching breakup that inspired the lyrics for her most-requested song, “Gravity.” After this experience, Bareilles knew she needed to find out who she was as an individual. She often searched for that girl through major and minor chords on her piano.

Performing became an emotional outlet for Bareilles. Luckily, she was feeling what millions of other people were feeling. Millions of fans embraced her story and her voice after her multiplatinum single “Love Song,” which ironically was a nod to Bareilles’ frustrations with how small she felt in the music industry. Before this energetic hit, Bareilles was often labeled as uncool or too jazzy. Many tried to identify her as part of a certain niche. They had no idea that Bareilles was something entirely new to the scene.

Bareilles’ lyrics are deeply personal and are born out of life experiences. This unique talent helps her connect with her audiences on an equally deep level. One of the best examples of this phenomenon is how members of the cancer community adopted “Brave” as their personal anthem. Although the song wasn’t written for someone facing a life-altering disease, it was written about one of her friends facing something just as scary.

Much like her songwriting, Bareilles pours her heart and soul into these essays. She grants the reader a peek behind the curtain and we see that Bareilles is just like us. She’s hardworking, creative and willing to be vulnerable in front of huge audiences.