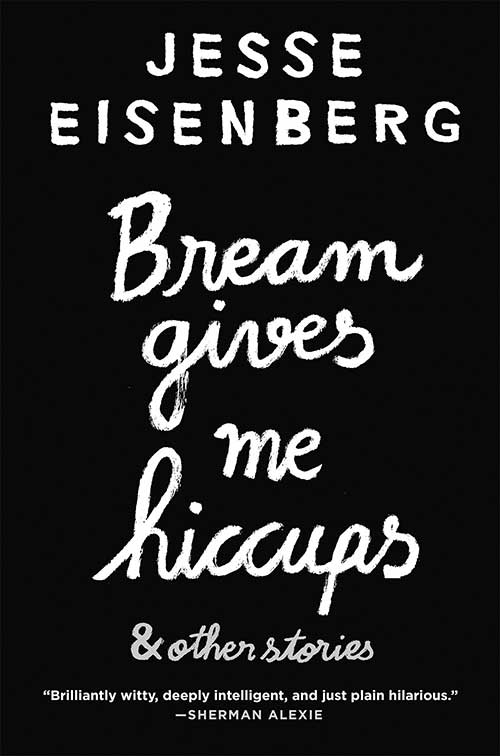 JESSE Eisenberg may be known for his starring role in “The Social Network,” but his writing resume is equally notable. He has written three plays and a myriad of short stories that have been featured in The New Yorker. It makes perfect sense that Eisenberg’s next project would be writing a compelling work of fiction to add to his long list of accomplishments.

“Bream Gives Me Hiccups” is a fascinating look into the minds of misfits. Eisenberg forces his cast of characters to tackle an array of social situations. They must negotiate the choppy waters of family dynamics, learn the art of self-help and create the ultimate pickup line. Whether it’s Alexander Graham Bell bumbling through his first phone calls or Carmelo Anthony of the New York Knicks pacifying a fan, Eisenberg’s ability to create interesting and entertaining dialogue as if the exchange actually occurred is impressive.

This includes an entire section dedicated to a nine-year-old boy who writes reviews of the fancy restaurants that his divorced mother insists on experiencing. Through an elaborate 2,000-star rating system, Eisenberg’s wit jumps off the page. Yet the emotional pull of a boy reeling with the reality of his broken home is equally engaging.

The same can be said for a young man’s email exchange with his girlfriend that’s quickly commandeered by his overbearing sister. Only Eisenberg could take an entire opening paragraph detailing the drama of high-school teenage angst and morph it into a history lesson on the Bosnian genocide.

“Bream Gives Me Hiccups” is a delightful collection of awkward scenarios twisted into humorous, witty and sometimes poignant life lessons. It’s simultaneously smart, clever and creative. In one moment, we feel sorry for the sad plight of the outsider. In the next, we completely relate to the empathetic scene unfolding before us. With each of these touching moments, it’s easy to conclude one thing — we are all misfits. (AP)

‘The Steel Kiss’ – A Novel by Jeffery Deaver

‘The Language of Secrets’ – A Novel by Ausma Zehanat Khan